Capitalizing on recent gains in Jammu & Kashmir through pragmatic people-oriented policies must become the priority. EFSAS 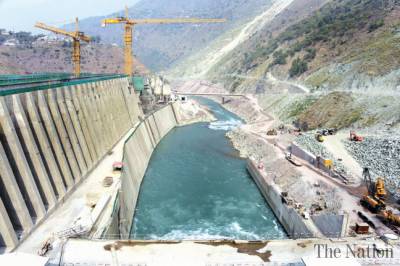 In its recently published commentary, “Capitalizing on recent gains in Jammu & Kashmir through pragmatic people-oriented policies must become the priority”, the European Foundation for South Asian Studies (EFSAS) comments on the muscular policy of the Indian government led by Prime Minister Narendra Modi directed against Pakistan-sponsored terrorism and separatism in Jammu & Kashmir (J&K), which appears to be paying dividend. This policy, unlike in the past, did not restrict itself to hot pursuit of terrorists. The Modi government also targeted separatists such as the leaders of the Hurriyat Conference, who at the behest of Pakistan and using the millions of dollars that the country’s spy agency, the Inter-Services Intelligence (ISI), paid to them annually, provoked and promoted violence and terrorism among the youth of the state.

EFSAS also describes how  the Indian government’s use of muscle in J&K has been complemented fittingly by a resilient and relentless international outreach to key countries with the aim of effacing whatever hesitance and balkiness they had to calling out Pakistan for its relentless sponsorship of terrorism. This is also visible in the escalating pressure that is being exerted by the international community on Pakistan to cease its terror-happy ways. This, in turn, appears to have constrained Pakistan to seriously weigh the sustainability of blatantly promoting and supporting terrorist outfits of various hues against the price that it will have to pay for continuing to do so. Consequently, the security situation in J&K has improved considerably in recent months, while across the Line of Control in Pakistan Administered J&K, the ISI is at least making a public show of closing its terrorist camps and arresting, even if temporarily, leaders of Kashmir-centric terrorist groups.

For India, these successes have only laid the broad foundation for the real work that lies ahead in J&K. They have paved the way for the Indian government to consider launching an efficacious campaign aimed at winning over hearts and minds, especially of the youth, in the strife-torn state. For any healing to begin, the underlying causes of the grievances that the people of J&K are afflicted with, and which directly or indirectly have contributed to the strife in the state, need to be identified and addressed. This demands introspection, open-minded acknowledgement, and the flexibility and political will to wring changes to correct strategic flaws through pragmatic people-oriented policies.

The improvement in the security situation in J&K on the back of the Modi government’s muscular zero-tolerance policy bodes well for tourism and allied sectors in J&K. Some reports have suggested that tourist arrivals in the state are already showing a rising trend after a few years of lull. Infrastructure projects also seem to have been prioritized by the government, with the media reporting in July that metro rail services would be started in Srinagar and Jammu, the two major cities of J&K, within four years.

EFSAS concludes in its commentary that strong action to curb corruption and ensuring that the grants meant for the people of J&K reach the intended beneficiaries will prevent Pakistan-backed elements from exploiting the situation to alienate and radicalize the youth, while socio-economic initiatives coupled with assuring the youth of better employment opportunities will encourage integration. Creating and promoting spaces for the youth to engage constructively with political and socio-economic processes will  empower them to engage in dialogue and work towards their vision for a peaceful, inclusive and prosperous J&K.

That said, it must, however, be recognized that despite the fresh initiatives of the Indian government, much more along the same positive lines will be required to be pursued incrementally to turn around the situation in the state that has been fractured by decades of terrorism.

Not losing any time at a juncture when the terrorists and their external sponsors are both on the back foot is the need of the hour.

In His Sermon on the mount, circa 30-31 A.D., Adult Jesus Christ stated the sixth Beatitude, thus:

"Blessed are the pure in he

From the Gospel, we learn that Lord Jesus, as a 12 year old, was 'lost' and that His Mother, Virgin Mary, and His loving foster father, (sa