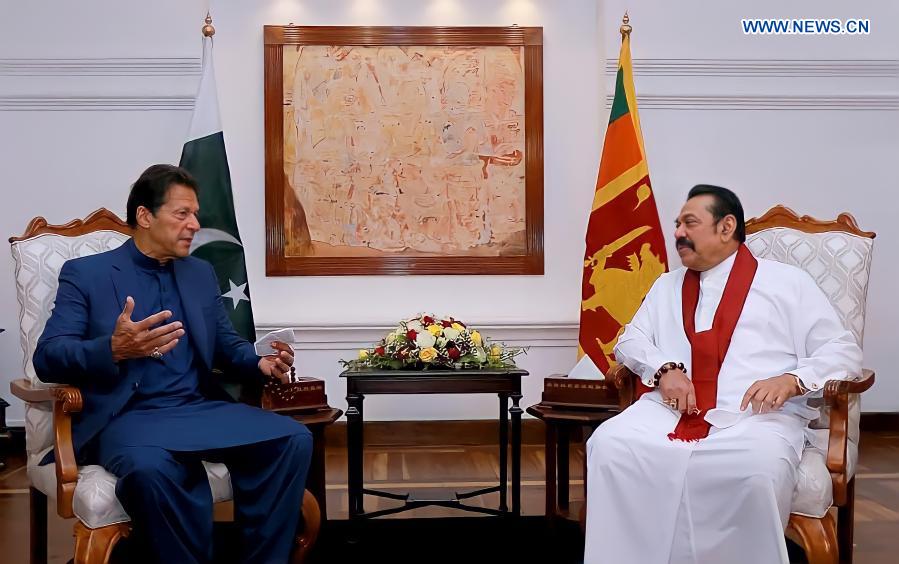 Pakistan's Prime Minister Imran Khan visited Sri Lanka on February 23 and 24 at the invitation of Sri Lankan Prime Minister Mahinda Rajapaksa. This is his first visit to Lanka after coming to power. He said, ‘I go to cricket after finishing my studies, and you (Mahinda Rajapaksa) travel to the field of politics.’ The tour has created tension in the subcontinent even before the tour. Khan's visit took on a new dimension as India's relations with Sri Lanka deteriorated after the recent cancellation of an agreement with India to build a container terminal at the port of Colombo. Sri Lanka has signed an agreement with India and Japan to set up a terminal on the eastern edge of the Colombo port in 2019. Under this, 49 per cent of the terminal would be owned by India and Japan and the remaining 51 per cent by Sri Lanka. The government was forced to cancel the agreement as 23 trade unions, opposition parties and the general public opposed it. Anandabazar opined that Sri Lanka's decision was a diplomatic blow to Delhi.

Imran Khan's visit has given more importance to informal and ancillary issues than formal agreements and has played a significant role in the politics of the subcontinent. For example, Mr. Khan's visit ended the cremation of Muslims in Sri Lanka in the Covid epidemic, and the ceremony began with the recitation of the Qur'an at the airport, a rare event in Sri Lankan history, Providing special tourism facilities for Buddhists to visit Buddhist sites in Pakistan, Pakistan's support for Sri Lankan membership in the UN human rights body, initiation of Muslim-Buddhist harmony, import-export of new products, expansion of Sri Lankan tea market in Pakistan, Sri Lanka trade with Pakistan through Central Asia. The creation and expansion of the sporting goods market is the fruit of this visit. The image of the Prime Ministers of both the countries has been brightened and elevated as a result of this visit.

Former US Secretary of State Mike Pompeo has also tried his best to maintain good relations with Sri Lanka and join the Quad. In particular, when China began leasing the port of Hambantota to Sri Lanka for 99 years, India embarked on a similar project; Japan also joined with new technology. Imran Khan's visit has changed the geopolitics of the Indian Ocean in the context of the Sri Lankan tug of war between China and Quad.

Pakistan's Prime Minister Imran Khan sent an open letter to Muslim-majority countries on October 29, 2020, expressing hope that everyone would work together against Islamophobia and terrorist attacks. He spoke in support of the US Alliance for Democracy, but said that maintaining some independence was important for France. In different countries, Muslims are being persecuted as a group as well as religiously. Mr. Khan thinks. Muslim countries can easily end many of these issues through negotiations.

The Sri Lankan government had ordered the cremation of Muslims killed in the Covid-19 epidemic. On March 20, 2020, the first Muslim die of corona in Nigambo, Lanka. Government health officials forcibly removed the body from the house and burned it. The family also failed to comply with the provisions of the Shariah. Following the incident, President Gotabaya Rajapaksa ordered to burn anyone who died in Covid-19. According to him, covid carcasses are contaminated with groundwater virus. The World Health Organization says it has no evidence that the virus was transmitted from the bodies. Sri Lanka is under intense pressure from various international organizations, including the UN Human Rights Council, to order the cremation of Muslim bodies. However, the order was not revoked despite religious sentiments and beliefs.

The statement of the Government of Lanka is, the provision is being complied with as per the opinion of the Technical Committee of the Ministry of Health. But no virologist or bacteriologist

was a member of that committee. The government order was preached by Professor Tissa Vitarana. He also said that there is no virus expert in the committee. It is not clear how a technical committee can be formed without a bacteriologist or a virologist to give advice on such a sensitive issue. Prime Minister Rajapaksa has taken various programs for Sinhalese Buddhists. Seeing the situation, it seems that the technical committee took such a strange decision to please the Prime Minister and the Sinhalese Buddhists.

The day after Imran Khan's return at the end of the tour, on February 25, 2021, almost 11 months later, the Sri Lankan government issued an emergency gazette repealing the provision of mandatory cremation. This is benefiting both the Muslim and Christian minority communities. No one from the world body, including the OIC, the Arab League or any human rights commission, has been able to address this issue outside of Islamic faith and Sharia. During Imran Khan's two-day visit, the Sri Lankan authorities resolved the issue amicably. At the same time, Imran Khan was remembered by Sri Lankan Muslims. If Sri Lanka is to stand tall in the world, it is the social ties of different nationalities, different religions

During Mr. Imran's visit, the two states signed the five agreements such as: 1. Cooperation in the tourism sector; 2. Increase relations and cooperation between the investment boards of both countries; 3. Relations and collaboration of the International Center for Chemical and Biology in Karachi in Pakistan with the Industrial Technology Institute of Sri Lanka; 4. Relations and cooperation between the Industrial Institute of Industrial Technology of Sri Lanka and A university in Islamabad and 5. Agreement on the relationship of the Lahore School of Economics with the University of Colombo.

On February 24, Imran Khan invited the Sri Lankan business community to speak openly; He spoke of investing in Pakistan and increasing trade connectivity. In particular, he announced Pakistan's full cooperation in expanding Sri Lanka's trade with Central Asian countries. He said the connection from Gwadar to Central Asian countries and the CEPC could open new doors for Sri Lanka. It will play a helpful role in alleviating poverty. He also urged the business community of both the countries to explore new areas of business and communication. Both countries can trade with each other to increase resources. He also said that political stability and good relations with neighboring countries were essential for poverty alleviation and development.

Towards the end of his visit, Imran Khan announced a 50 million 'military credit facility' to Sri Lanka. Note that Pakistan's military relations with Sri Lanka are old. After independence from Britain in 1947, Pakistan established good relations with Sri Lanka. Pakistan can play an important role if there is a China-Sri Lanka-Pakistan alliance bypassing the quad. So this tour was Imran

At the request of the Sri Lankan army, Pakistan sent cargo equipment for 10 days in a row to seize Kilinochchi, the LTTE's political headquarters. Apart from that, at the request of Sri Lanka, the pilots of the Pakistan Air Force took part in the battle and brought victory. At the time, Pakistani experts were stationed in Colombo to advise on the civil war. Sri Lanka requested military assistance from India and China; But as they did not agree, Pakistan was requested, Fonseka told the media. Pakistan has been supporting the training of Sri Lankan military personnel and Colombo in international forums for many years.

Prime Minister Imran Khan has used 'sports diplomacy' in this visit. He has spoken in interactive sessions with the sports community. Mr Khan praised the Sri Lankan cricket team and said it was a matter of joy for both the countries that Sri Lanka had won the World Cup in Lahore on Pakistani soil. Addressing the cricketers, he said, "If you are scared, you will lose."

Sri Lanka's Sports and Youth Minister Namal Rajapaksa and Parliament Speaker Mahinda Japa Vardhana were present at the dialogue. They announced the construction of 'Imran Khan High Performance Sports Center' in Colombo. Mr Khan has announced a 52 million US dollars sports equipment and training package in Sri Lanka. It is worth mentioning here that Sialkot in Pakistan produces high quality sports goods in the subcontinent which is also appreciated in the world market. This session is so meaningful that it raises the demand for initiating inter-religious talks and enhancing intercultural contacts in both countries. The discussion is expected to re-establish the coexistence and sympathy of Muslim and Sinhalese Buddhists instead of the anti-Muslim activities that have plagued social life over the long-running Easter Sunday incident. Extremist Sinhalese groups are also expected to block the spread of hatred.

The Prime Minister of both the countries remarked at a joint press conference that the visit was "very fruitful". The visit has boosted the security sector. The vow to maintain a good neighborly attitude and to work together for national security is important for both countries at this moment. The two countries also pledged to work together on security, terrorism and organized crime, as well as drug trafficking. That is why the two countries are accelerating the exchange of intelligence. At a time when Sri Lanka is under international pressure over human rights, class discrimination, war crimes, Pakistan's support in the international arena or China's support is very important. In the context of the visit, it is seen that if the UN makes any preparations on Tamil war crimes, there is a possibility of veto of China and Russia. Imran's visit is therefore very important diplomatically. Both the leaders felt that the SAARC countries should play a stronger role as per the SAARC Charter. The concept of SAARC is important for regional unity and development. Mr Khan emphasized the need for regional connectivity (CPEC). He said it was China's BRI flagship project in Pakistan and a landmark step towards regional economic development and prosperity. He called on Sri Lanka to join the project and promised to provide necessary financial and technical assistance.

The true only God commands: You shall have no gods in My presence. By Joseph Costa

No, what follows below, is not all about some legislators and bureaucrats who have come to believe that they have become gods, who have changed the 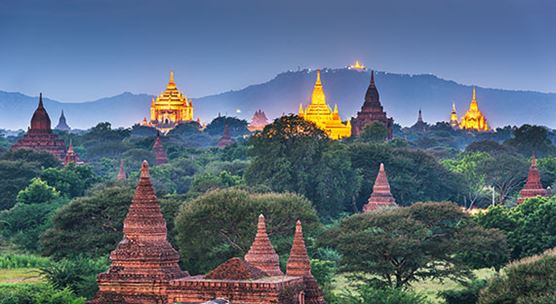 Jesus commands the storm to calm down. By Joseph Costa

"God yields to one with love. He turns His Back disdainfully to the other. "The former asks, as I taught to ask [Mark 11.24], without lac