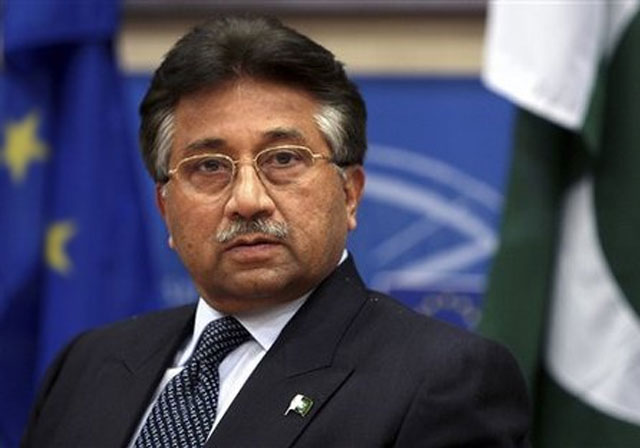 Washington DC: April 9, 2017. (PCP) The general secretary of the American Friends of Balochistan has urged the Johns Hopkins School of Advanced International Studies to cancel the invite for upcoming talk on Thursday. In a letter to Vali R. Nasr, Phd, the dean of the Washington DC school, Jane E. Weisner, general secretary of the American Friends of Balochistan, a premier organization that seeks to expose Pakistan army, Inter Services, Military Intelligence and Frontier Corps crimes against humanity and war crimes in Balochistan,, said she was offended over the invite to Musharraf, who was a Butcher of Balochistan, lied to the US and took billions of US taxpayers dollars, while hiding Osama bin Laden, and a misogynist. The SAIS has invited the former dictatoras keynote speaker at the launch of "Pakistan Today: The Case for U.S.-Pakistan Relations," a new policy study by Ambassador Shirin Tahir-Kheli and Shahid Javed Burki, published by the SAIS Foreign Policy Institute on Thursday, April 13. “I read the shocking news that your school, which aims to train future thought leaders of the US and in fact the world, has invited a dictator who unleashed a cruel war on the people of France-sized Balochistan. For lack of better words your invite to him lacks sound intellectual discretion,” Weisner said. She told Nasr as a scholar who has researched Middle East he might be knowing the Baloch people of Balochistan never wanted to become a part of the Islamic republic of Pakistan but were annexed at the point of gun. “One of the most brutal crackdown against the people was ordered by none other than Gen Musharraf,” she said. The AFB general secretary said Gen Musharraf was the mastermind and chief architect of the Kargil War that brought jihad-supporting Pakistan and the world's largest democracy India close to a nuclear Armageddon in 1999. “At the time Musharraf and the army junta sent an elected government home and jailed the ecleted prime minister, Nawaz Sharif,” she wrote. She said Soon after assuming power Musharraf and his generals made elaborate plans to take away Balochistan ports and natural resources with the help of China. “One of the main leaders of Balochistan, former governor and chief minister of Balochistan, Nawab Akbar Khan Bugti, opposed the army junta's plans against the Baloch people and was assassinated along with 26 of his tribesmen in August 2006,” Weisner deplored. She also criticized Musharraf’s stand against hapless women of Pakistan. “Misogynist Gen Musharraf also said Pakistan women stage the rape drama just to get Western visas,” Weisner said. She said as an American she was most offended that Gen Musharraf lied to the U.S. that he did not know where Osama bin Laden was, while leading US scholar Bruce Riedel later exposed Musharraf for providing sanctuary to the dreaded terrorist. “Riedel wrote: ‘The commandant at Kakul when bin Laden settled into his lair was one of Musharraf’s closest aides, General Nadeem Taj’.” The devious Musharraf at the same time also fraudulently took billions of dollars in the name of fighting terror. She told Nasr, “As a scholar you are answerable to history and future generations of scholars. I am appealing you to immediately cancel the invite to Gen Musharraf. I am sure you can find better people from Pakistan to speak at the SAIS.” She informed Nasr the AFB will be holding a candlelight vigil for victims of Pakistan war crimes in Balochistan the same day April 13 at Dupont Circle and asked him to tell his students to join to know the truth about Pakistan's secret, dirty that was initiated by Musharraf in Balochistan.