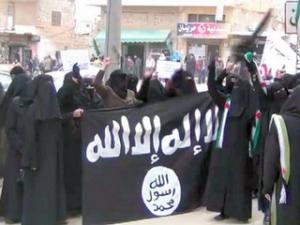 Pakistan: April 20, 2017. (By Mushtaq Gill) In Pakistan people are killed, imprisoned, tortured, kidnapped, and otherwise victimized because of what they believe other than majority believe. Christians are the most vulnerable portion of the Pakistani society because of their weak defense against the persecution at both national and international forums and particularly because of their population ratio and poverty. There are also human rights organizations around the globe who compiled annual reports on religious freedom and persecution and they concluded that by any measure, religious freedom in Pakistan has been under serious and sustained assault and Christians including other religious minorities are at grave risk by Islamic extremism and terrorism. But the policymakers overlooked the main cause of uncertainty which is going to damage the image of Pakistan all over the globe and undertook a sweeping dragnet rounding up human rights up-lifters and defenders, including religious freedom advocates, whose job is to draw the attention of the authorities towards the drawbacks of the society on the so called pretext of social media blasphemous contents and paid too much heed on it which endangered the lives of thousands of those who are working for religious liberty and human rights and they are equated with terrorists. In a single village 20 Christians families were converted to Islam and recently a prosecutor has reportedly asked Christians facing trial in an anti-terrorism court ,Lahore over lynching of two men that he ‘can guarantee their acquittal’ if they renounce their faith and embrace Islam, some 42 Christians have been charged with lynching the two men after twin suicide blasts targeting a Sunday Mass in two churches in the Christian neighborhood of Youhanabad in Lahore on March 15, 2015. For peaceful society in Pakistan, it is the obligation of the state to condemn those who promote violence in the name of religion and use religion as a tool to oppress those who have no faith in religion or opposing opinions other than majority faith and for this first check should be on Islamic extremists who are also promoters of terrorism in Pakistan. Christian religious minority is the soft corner for them to attack because they are the most vulnerable part of the society who haven't strong defense. The below is the screenshot from the Facebook update of a Christian, who warned and addressed to Pakistani Christian community to avoid to talk about other's faiths which could be endangered for your life and your family not only by majority but also by the minority who are hidden agenda against you. This is the picture of fear among Christians of Pakistan. In Pakistan generally every citizen is living in a uncertainty situation but Christians are the most targeted portion of the society and they are terrified due to continuously victimized by the misuse of blasphemy laws but more of it their unacceptable existence in all norms of life by the Islamic extremists who are the strong portion of the society and they can easily mold all circumstances in their own favor which weaken the defense of the Christian victims particularly when they issue such religious decrees to terrify victims of human rights violations and their supporters. The impact of this decree is that all defenders of Asia Bibi now gone silent and waiting some miracle for her release and all the blasphemy accused, acquitted or in jails at the target of the Islamic extremists who motivated by this decree to kill them at any cost. On Wednesday, three armed burqa-clad sisters shot dead a man after accusing him of committing blasphemy 13 years ago. The women, in their statement to police, alleged that Abbas had committed blasphemy in 2004, but “we couldn’t kill him at the time because we were too young then”. The police confirmed that they had registered a case against Abbas in 2004 under Section 295-C (use of derogatory remarks, etc., in respect of the Holy Prophet) of the Pakistan Penal Code at the Pasrur City station, but he fled abroad soon after. He came back and applied for bail which was accepted by court but even then he was killed. Is there any human rights organization or any Christian organization who have vision and agenda to work to save the lives of those persecuted Christians particularly victims of blasphemy laws, languishing in jails, facing trials at courts or acquitted by courts but forced to live in hiding to save their lives in Pakistan? If there are then think about those who are in Pakistan, in hiding, in jails and facing trials to save them without taking it as a task of life risk. Some human rights groups define persecution in old fashion way but the persecutors have changed their ways to persecute religious minorities in a new ways and they called it policy and it could be implemented at both by Government sector or at private sector. So it is the need of time to define religious persecution in a broader-way and believe it or Pakistani Christians are most vulnerable who are being persecuted by Islamic extremists. It is the obligation on all of us, who claim themselves human rights up-lifters and promoters of religious liberty and peaceful society, to discourage such both non-state and state actors of the society who hammer the society to shape them to use for their own motives and agendas and destroy the peace and tranquility of the society. It is our request for all of those, who support them (human rights defenders), to stand with those who are working at ground-roots level and fight for other's rights without taking it serious that it could be dangerous for their own lives too because they are those whose preference is always victims' relief and for victims’ relief they can take any kind of risk but do not turn their back to see the hurdle which can endanger their own lives.