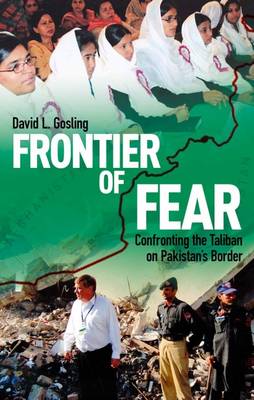 For anyone who finds the Christian Churches to be at their most impressive when they are in a minority, Edwardes College in Peshawar, capital of the Khyber Pakhtunkhwa province of Pakistan, is a good illustration – but an imperfect one. A prestigious higher education institution founded in 1855 by the Church Missionary Society, it remains a Christian foundation under the United Church of Pakistan. Though named after a notably Evangelical soldier-administrator, Sir Herbert Edwardes, it has evolved into an oasis of liberalism and religious coexistence in that troubled country, with Muslims making up some 90 per cent of its faculty and students. Women represent about 11 per cent of the student body (winning a much higher proportion of academic prizes). Conflict with the secular authorities, which share with the Church responsibility for the college’s governance, may be expected in a country where only 1.6 per cent of the population are Christian and are subjected to widespread oppression. But the dissension within the United Church itself is a scandal. Much of David L. Gosling’s Frontier of Fear: Confronting the Taliban on Pakistan’s border is devoted to a polemic against interventions in the affairs of the college by Humphrey Sarfaraz Peters, including his abrupt dismissal of Gosling as principal in 2010. Peters’s rapid consecration as Bishop of Peshawar in 2010 after his ordination as deacon in 2009 is said by Gosling and some others to have been controversial, but Peters has accused Gosling in the Church Times (March 15, 2013) of “reflexive colonial interference” in campaigning against him. This is the United Church in which there are two rival Bishops of Karachi, one from the Lutheran and the other from the Anglican tradition. According to Gosling, blame for this state of affairs, so unjust to Pakistan’s persecuted Christians, is partly due to imprudent decisions by senior figures in the Church of England, now retired. Like Gosling, all the other four most recent principals of the college, British or in one case American, had difficulties with the local church leadership. But in 2014 a well-qualified Pakistani technocrat, Professor Nayer Fardows, was appointed principal and a measure of calm seems to have been restored. Gosling’s memoir covers the period 2006–10 and from the evidence available we may infer that his criticism of Bishop Peters is grounded in much more than personal pique. Gosling is an all-rounder: qualifications in both physics and theology; teaching experience at St Stephen’s College, Delhi, a similar institution to Edwardes, in the 1960s; ordination as a priest in the Church of England; research on scientific issues for the World Council of Churches. Accountancy, however, was not one of his specialities, and it was his misfortune that during his tenure as principal, Edwardes College was the victim of a conspiracy by its financial officers and others to embezzle about 60 million rupees (£500,000). Part of the appeal of Frontier of Fear to a British reader lies in the contrast between the everyday and the shocking. On the one hand, the conscientious head of any college of 1,900 students is likely to have similar aims to Gosling’s: upgrading academic standards, ensuring a fair and transparent admissions process, caring for the welfare of staff, encouraging student activities such as debating, sports, social work and prison visiting. Gosling mentions with sensitivity the emotional repercussions of strict gender segregation among the students. The boundaries were pushed in a college production of Shakespeare when a woman student was allowed to play the role of Lady Macbeth. On the other hand, Peshawar is only some 35 miles from the Afghan border, and was a rear base for the Afghan resistance during the Soviet–Afghan war of the 1980s, which had such fateful outcomes. The American journalist Robert D. Kaplan has written that the war turned a quaint Kiplingesque backwater into a geopolitical fault zone. Peshawar’s citizens feel a close affinity with their neighbours across the porous border. None of the bomb and rocket attacks between 2006 and 2010 quite approached the horror of the massacres of worshippers at All Saints’ Church in September 2013, and of pupils and staff at the Army Public School in December 2014, which together resulted in some 240 deaths; but Gosling lists some sixty bomb attacks in or near Peshawar that took place during his principalship, some resulting in many fatalities and injuries. Gosling lived through these testing experiences in Peshawar with sangfroid. The morals that he draws are similar to those expounded by the Pakistani anthropologist Akbar S. Ahmed. Two historic strands of Islam – both the Sufi-inspired poetic and musical cultural tradition, and the intellectual, science-based modernism promoted by Muhammad Iqbal and others – offer indispensably enriching alternatives to the literalism that can shade into violent extremism; and the United States policy of drone strikes in the tribal areas, with their heavy toll on non-combatants resulting in reprisals against soft targets, is a serious obstacle to achieving a political resolution of the region’s conflicts. Shining through Gosling’s memoir is his devotion to the ideals represented by Edwardes College, which has sloughed off its colonial and missionary past but whose survival in its present form can hardly be guaranteed, and whose supporting Church has responded to stress by giving way to schism.