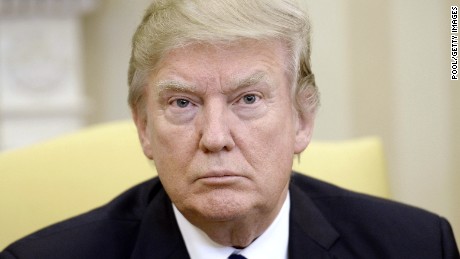 Washington, D.C: June 10, 2017. (PCP) This afternoon at a joint White House press conference with Romanian President Klaus Iohanni, President Trump called on Qatar to end its funding of terrorist groups, saying the Gulf nation had historically done so “at a very high level,” and end its extremist ideology. President Trump added, “"No civilized nation can tolerate this violence or allow this wicked ideology to spread on its shores." He asked Qatar, and other nations in the region, to swiftly do more to put an end to the funding of terrorism. This statement follows President Trump’s recent trip to Saudi Arabia, and the subsequent decision by Saudi Arabia, Bahrain, Egypt, the United Arab Emirates and Yemen to sever diplomatic ties with Qatar. “For many years, private financing of violent extremism has led to terrorism, destabilization, and untold human suffering,” said IDC’s President, Toufic Baaklini. “IDC applauds the Trump Administration for pressure states in the Middle East to end the funding of terrorism and extremist ideology,” Baaklini added. IDC further urges those states with the means, such as Saudi Arabia, Qatar, Kuwait, and the United Arab Emirates, to contribute materially to the safe relocation of refugees from Lebanon, Jordan, and elsewhere into havens in Syria. Similar steps should be taken to help ISIS victims in northern Iraq. On June 6 the House of Representatives unanimously passed H.R. 390—The Iraq and Syria Genocide Emergency Relief and Accountability Act. The legislation directs the U.S. government to ensure that forthgoing humanitarian assistance reaches Christians and other religious and ethnic minorities who survived the genocide and supports criminal investigations from NGOs and others into perpetrators to ensure they are held accountable. IDC urges the Senate to swiftly move H.R. 390 to a vote. IDC Senior Adviser Andrew Doran stated, “These nations should also take the lead in funding the reconstruction of these communities. Those refugees who cannot be safely relocated in safe zones in their home countries should be welcomed by the Gulf states.” IDC has long supported a safe haven for ethnic and religious minorities in northern Iraq, where last year the U.S. government recognized that ISIS had perpetrated genocide against Christians, Yazidis, and others. The ISIS genocide in both Iraq and Syria continues.