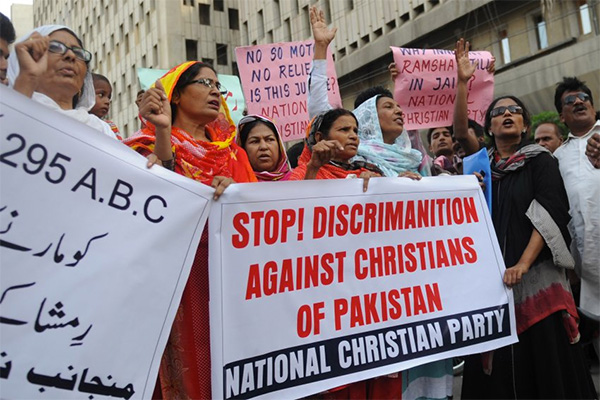 Washington, DC: July 27, 2017. (By Josh M. Shepherd ChristianHeadlines) On Wednesday, the White House announced the nomination of Kansas Governor Sam Brownback to serve as Ambassador at Large for International Religious Freedom — a key post within the State Department to defend international human rights and speak up on behalf of persecuted religious groups worldwide. Prior to his six years serving as the Governor of Kansas, Brownback served fifteen years in Congress advocating on behalf of both religious freedom and pro-life issues. “Sam has always been called to fight for those of all faiths,” stated Kanas Senator Pat Roberts, who took over Brownback’s seat in the U.S. Senate. “I am glad he has been given an opportunity to answer this call. I wish Mary and him all the best in this new chapter of their public service.” Matt Lockett, executive director of Bound4LIFE International in Washington, D.C., has known Brownback for over a decade. He expressed support for the incoming ambassador, stating: “I applaud President Trump for this brilliant and inspired appointment. For years we watched in pride as Sam Brownback served in the United States Senate and brought the highest level of integrity and statesmanship to his work.” “He is an uncompromising champion for religious liberty and a powerful voice for the disenfranchised. He is truly a friend to the oppressed around the globe,” said Lockett. Centered on prayer and peaceful advocacy, the non-profit group Bound4LIFE has pro-life chapters active in several nations worldwide. In a press conference scheduled for today in Topeka, Kansas, Brownback is expected to provide more details regarding when the confirmation process will begin with the Senate Foreign Relations Committee and when he will vacate the Office of Governor. Respected widely for his significant work on behalf of religious freedom, Brownback was a key sponsor of the International Religious Freedom Act of 1998 which created the position of Ambassador at Large for International Religious Freedom. As one example of Brownback’s commitment to human rights issues, supporters point to his surprising and successful collaboration with then-Senator Hillary Clinton. The two senators, though ideological opponents on most issues, spoke out publicly against human trafficking and worked closely together to coordinate how Congress could help address this injustice affecting millions worldwide. Exemplifying his commitment to affirming the rights and value of people worldwide, Brownback and his wife are personally invested in adoption. In addition to their three biological children, the Brownbacks adopted two children — one from Guatemala and one from China. During his two terms as Governor of Kansas, Brownback signed 19 pro-life bills into law including two this past year: the DISCLOSE Act, which strengthened the state’s informed consent policies, and Simon’s Law to ensure parents’ rights in the event of a child’s life-limiting diagnosis at birth. The latter policy (named in memory of Kansas infant Simon Crosier) has received new attention recently due to the tragic events surrounding Charlie Gard, the British infant whose parents were delayed by a public hospital from pursuing experimental treatment for him. Kansans for Life PAC, which educates Kansas voters during election season, notes that Brownback’s other pro-life victories include prohibiting taxpayer funded abortion, a ban on late-term abortions based on fetal pain, and requiring stronger safety requirements in abortion centers. “I could not be more encouraged that he has been tapped to lead our country's efforts to ensure this fundamental right is preserved and honored around the globe as Ambassador for International Religious Freedom,” stated Eric Teetsel, President of the Family Policy Alliance of Kansas. Significantly, Brownback also partnered with the nation’s leading pro-life research group, Charlotte Lozier Institute, to establish the Midwest Stem Cell Therapy Center. This innovative center uses only adult stem cells in its clinical research studies, rather than embryonicstem cell research — which involve destroying human embryos at the earliest stage of development. Affiliated with the University of Kansas, the Midwest Stem Cell Therapy Center has seen significant breakthroughs in its first three years including important research that informs new treatments for multiple myeloma and other complex diseases. “Former Senator and now Governor Sam Brownback is one of the most experienced and admired figures in national affairs,” states Chuck Donovan, president of Charlotte Lozier Institute, which is the education arm of Susan B. Anthony List. “He is an ideal choice for this important post as a champion of religious freedom for all — fair-minded, compassionate, faith-filled, and eloquent,” continues Donovan. “He will represent our nation and its constitutional values with distinction." (Josh Shepherd has served on staff at The Heritage Foundation, Focus on the Family, Bound4LIFE International, and two Congressional offices. His articles have appeared in media outlets including The Federalist, The Daily Signal, Boundless, Charisma News and Christian Headlines, where he serves as a contributor. He earned a degree in Business Marketing from the University of Colorado. Josh and his wife live in the Washington, D.C. area. Follow Josh on Twitter @joshMshep)