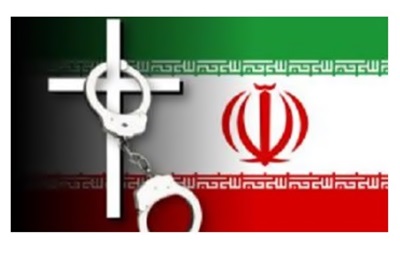 Tehran: July 31, 2017. Iranian Christians praise the Lord for Amin Afshar Naderi's release from prison on bail on 25th July. They request further prayer for his health following a 21-day hunger strike, and for the appeal process for him and the two believers sentenced with him. Following a harsh court verdict, Amin went on hunger strike until his release on bail. During that time his health deteriorated rapidly. In a verdict delivered on 3rd and 4th July Amin was sentenced to 15 years (possibly including time already served). Also sentenced with him were Pastor Victor Bet Tamraz and Hadi Asgari, both for 10 years, and all were given 2-year travel bans. Bail amounts previously set were also raised by the judge, who set bail for Amin at 270 million Tomans (approximately US$80,000) and for Hadi at 170 million Tomans (approximately US$50,000). They have filed an appeal against their sentences and await a hearing. Amin was among several Christians arrested on 26th December 2014 at a Christmas celebration at Pastor Victor's home in Tehran. Pastor Victor, who is of Assyrian background, was verbally charged with "conducting evangelism", "illegal house church activities" and "Bible printing and distribution" (among other charges). He was released on bail on 1st March 2015. Amin, a convert from Islam, was charged with "acting against national security" and "insulting the sacred" (blasphemy). Hadi, also a convert, was not present at the Christmas celebration but was arrested in August 2016 at a picnic in Firuzkuh and charged with "acting against national security" and "organising and creating house churches". Hadi remains in prison. Meanwhile, the Iranian Christian prisoner Ebrahim Firouzi has gone on hunger strike to protest against long prison sentences given to Christians in Iran. In recent weeks 11 Christians, including 2 church pastors, have been sentenced to lengthy prison terms of 10 years or more, ostensibly on charges of (or related to) acting against national security. In response to this injustice the 30-year-old Christian convert and prisoner Ebrahim Firouzi has announced a 10-day hunger strike to protest against the mistreatment of new Christian believers and converts by the judicial authorities in Iran. Prior to commencing the hunger strike Ebrahim issued the following statement:"Following the mistreatment of new Christian believers and converts by the judicial authorities, refusing Christian prisoners access to Christian literature, and issuing unjust and hefty verdicts and sentences against new Christian believers and converts to the point that in the recent months tens of Christians have been sentenced to long years of imprisonment, I hereby announce going on hunger strike, commencing on 17th July 2017, for a period of 10 days, in support of the rights of fellow Christians. "I have announced my concerns about these limitations on Christians to the judiciary of Tehran in a letter dated 16th July 2017: the regime of Iran does not determine or confirm the Christian faith of people and this matter is entirely within the jurisdiction of the Church." Ebrahim Firouzi was arrested in Tehran on 21st August 2013. He was due for release in January 2015 after serving a 10-month prison sentence for propaganda against the regime, insulting Islamic sacraments and acting against national security, but the Iranian authorities brought additional charges against him of "acting against national security, gathering, and collusion" and sentenced him to an additional 5 years' imprisonment. Ebrahim is serving his sentence in Rajaei Shahr Prison in Karaj. Source: Middle Eastern Forum