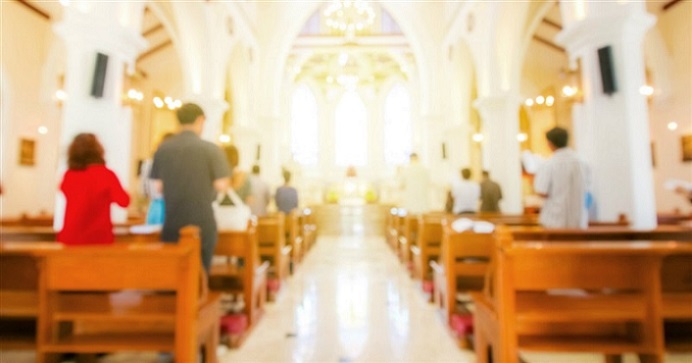 Nepal: August 26, 2017. (Julia A. Seymour) The former Hindu monarchy of Nepal boasts one of the fastest growing Christian populations. Hindu critics claim money and greed are driving the growth, but Christians say the country’s caste system makes Christ’s message of equality especially appealing. Hindu shaman Purna Bahadur Praja told The Guardian that people in the Chepang region turned to Christianity for assistance after the 2015 earthquake that killed nearly 9,000 people and left thousands of others homeless. “after the earthquake, they got Bibles, rice, clothes, blankets, money to build churches. Pastors were getting motorbikes. … They spend the whole time emailing foreigners to ask for money,” Praja said. Another Hindu priest told The Guardian that well-funded foreign organizations are “using money to promote Christianity,” helping sick church members and only providing post-earthquake aid to Christians. While the disaster certainly created a need for humanitarian assistance, it also increased opportunities to share the gospel. Christian groups say many conversions were sincere and most ministries helped everyone, regardless of their faith. “Christians did some of the church reconstruction after the earthquake but they have done more for the general public, [from] emergency relief to reconstruction,” said pastor Tanka Subedi, co-chairman of the Nepal Christian Society and the leader of Nepal’s Religious Liberty Forum. The end of Nepal’s monarchy in 2008 and the establishment of a secular government allowed more freedom of religion in the country, although freedom is not absolute. By 2015, Christians numbered more than 1 million, about 3.8 percent of Nepal’s 28.5 million people, according to the World Christian Database. Conversions of low-caste Hindus, known as Dalits, are driving the growth, according to The Guardian. Dalits suffer discrimination, deprivation, and abuse in Hindu culture due to their lowly status. “It’s not surprising that Dalits are converting en masse, or that Christian groups would be doing work within this community,” said International Christian Concern’s William Stark, noting the Dalits are the most marginalized, least educated, and neediest people in the country. The common “false narrative” of inducement or exchange for conversion to other religions pervades Southeast Asia, not just Nepal, Stark said, and Hindu nationalists often promote the idea. While he acknowledged instances of such behavior aren’t impossible, he insisted they are rare, noting that Dalits are drawn to Christianity because it validates their human worth. “The message of the gospel—that everyone is equal, everyone is loved by God, and God’s sacrifice was for everyone—is attractive especially to people of a Dalit background,” Stark said. Courtesy: Christianheadlines