Killings of Christians in Pakistan and accusation of blasphemy are unbridled 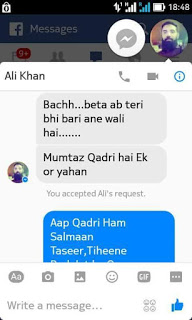 PAKISTAN: September 2, 2017. (PCP) The LEAD got confirmed the killings of three Christians within the month of August 2017. Due to the personal and religious interests, grudges, money matters, or property issues, Islamic state and non-state actors allege Christians those results in confronting massively killing, shamefulness and troubles and threats of victimization by blasphemy laws. Lahore: A Christian prisoner, Indaryas Ghulam (38 ) a victim of circumstance was sentenced to death by hanging for alleged involvement in the death of two Muslim men who were lynched in the aftermath of the Lahore Twin Church Bomb attack in March 2015. On 13th August, the wife of Indaryas was called by local police and informed that her husband had passed away. When the wife saw his dead body, she was shocked at the number of bruises and cuts on his body - a clear indication of the brutality faced by Indarayas from police and prison staff. Indaryas was also suffering from Tuberculosis a disease he contracted only 3 months prior to his arrest in March 2015, Indarayas was never provided proper health care and carried his poor health with dignity never letting his children know how much pain he was in. To date no reason has been given for his death simply a statement that he died of poor health. BOREWALA: Sheron Masih, resident of Chak-461/EB, wanted to leave the school during recess for home but his Muslim class fellows Ahmed Raza and other, did not let him go. Then they tortured him severely and kicked and punched Sheron, who collapsed on the school premises and later he was died at the Burewala Tehsil Headquarters Hospital. It is confirmed that the Police have registered a case against Ahmed and his other accomplices under section 302/34 of the Pakistan Penal Code, the Headmaster expelled from school, while accused escapes. Sheron Masih was pressurized at School by his Muslim class fellows to accept Islam and remained worried on this pressure. HAFIZABAD: A Christian man namely Sharif Masih, resident of Village Kalianwala of District Hafizabad, on Thursday 31th August, stabbed to death by a Muslim landlord Muhammad Asif after his refusal to work at his fields. The case FIR has been registered against the killer. LEAD has limited its work only to advocacy as its members are under life threats from Qadri's group and due to the security issues our field work will be passive for a while, because from 4th January 2017, a new wave of threats and harassment has been started against Sardar Mushtaq Gill, HRD Lawyer and his family and other members of LEAD, he was threatened to be killed via face-book by one of members of Mumtaz Hussain Qadri supporters namely Ali Khan whose face-book profile shows he is from Karachi (Bachh...beta ab teri bhi bari ane wali hai....... Mumtaz Qadri hai Ek or yahan) and some other including Babar Ali Qadri and Ghulam Murtaza Qadri are making harassed to file false and baseless complaints against us. Extremist Islamic group Fedane Khatm-e-Nubuwwat, Chunian,Kasur along with others religious extremists groups chanted slogans against the execution of Mumtaz Qadri during a rally in Lahore on January. 25, 2016 and after the hanging of the killer Mumtaz Hussain Qadri,the extremists supporters of Qadri threatened Sardar Mushtaq Gill, human rights defender, during a rally in Bhai Pheru early morning on Monday,29 February ,2016.They also used threatening slogans against Mr. Gill who is also critic of blasphemy laws. Qadri was hailed as hero of Islam by all religious Islamic groups. Blasphemy is a highly controversial issue in Pakistan, and angry mobs have killed many people accused of insulting Islam in the Muslim-majority country. The law does not define blasphemy but stipulates that the penalty is death.Islamic groups also issued a decree (Alamia) that anyone who support blasphemy accused in any way would be considered blasphemer and be punished in the appeal case of Asia Bibi, death convict. The purpose of this Alamia is to terrify victims of human rights violations and their supporters. On 12 August 2017, a Christian boy Asif Masih (16 years old) was badly beaten by a mob after being accused of burning pages of the Holy Quran outside a shrine in a village near Wazirabad. When the police took the suspect into custody a crowd of 200 gathered outside the police check post demanding he be handed over to them, after which he was moved to another station. Asif has been charged under Section 295-B of the Pakistan Penal Code that hands life imprisonment for desecrating the Holy Quran. He will face trial under blasphemy law. In July, a blasphemy case FIR no.273/17 under section 295-C PPC, has been registered at Police Station Dingha,Gujrat against a Christian sweeper Shahzad Masih on the complaint of a member Tehrik-e-Tahafz Islam Raja Nadeem. In June, a Christian bicycle mechanic namely Ashfaq Masih, in Lahore was arrested over accusations of blasphemy after he became a part of a quarrel in respect to payment for services with a customer.