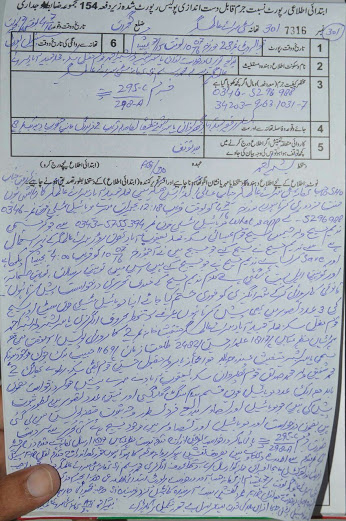 Gujrat: September 16, 2017. A Christian man has been sentenced to death on blasphemy charges by a court in eastern Pakistan after a close friend accused him of sharing anti-Islamic material, the defendant's lawyer said. Blasphemy is a criminal offence in Muslim-majority Pakistan, and insults against the Prophet Mohammad are punishable by death. Most cases are filed against members of minority communities. Nadeem James, 35, was arrested in July 2016, accused by a friend of sharing material ridiculing the Prophet Mohammad on the WhatsApp messaging service. Lawyer Riaz Anjum said his client intended to appeal against the verdict, passed on Thursday by a sessions court in the town of Gujrat. READ MORE: In Pakistan, a shrine to murder for 'blasphemy' There was widespread outrage across Pakistan last April when student Mashal Khan was beaten to death at his university in Mardan following a dormitory debate about religion. Police arrested more than 20 students and some faculty members in connection with the killing. Since then, parliament has considered adding safeguards to the blasphemy laws, a groundbreaking move given the emotive nature of the issue. While not a single convict has ever been executed for blasphemy in Pakistan, there are currently about 40 people are on death row or serving life sentences for the crime, according to the United States Commission on International Religious Freedom. Right-wing vigilantes and mobs have taken the law into their own hands, killing at least 69 people over alleged blasphemy since 1990, according to an Al Jazeera tally. In March, Pakistan's ex-Prime Minister Nawaz Sharif ordered the immediate removal and blocking of all online content deemed to be "blasphemous" to Islam from social media - and for those responsible to be prosecuted. In June, 30-year-old Taimoor Raza was sentenced to death for allegedly committed blasphemy on Facebook, a prosecutor said, in the first such case involving social media. In May, a 10-year-old boy was killed and five others were wounded when a mob attacked a police station in an attempt to lynch a Hindu man charged with blasphemy for allegedly posting an incendiary image on social media. And in 2011, a bodyguard assassinated Punjab provincial governor Salman Taseer after he called for the blasphemy laws to be reformed. Wilson Chowdhry, Chairman of the BPCA, said: "The frightening aspect of this case is that despite the safety of a trial in prison, a district magistrate has ruled that Nadeem an obviously innocent man is guilty. This provides little confidence that Nadeem can ever see justice in Pakistan and we all know what that sadly means." "In an increasingly Muslim-centric world in Pakistan, Christians find themselves the target for extremism, violence and selfish ambition. Nadeem James was an innocent man who fell in love with a local woman, after he married her all he wanted was to settle down and have children, then to provide for them. All perfectly acceptable goals. "But in the twisted and evil culture that has consumed Pakistan, he found himself at odds with local Muslims who could not stand the fact that his wife had once been one of them and had converted. Rather then trust his god to take vengeance Yasir Bashir, fabricated a story that would remove the infidel who had caused an offence - from his sight. Ultimately this process of removal may lead to the death of beleaguered Nadeem James. "Until this draconian law is removed from Pakistan no Christian can feel safe. It is not abuse of the law that is the problem - it is the law itself. "No man-made law is ever required to protect God, as Christians we believe He is omnipotent. However this seems a theological concept to difficult to decipher for Muslims in Pakistan, who continue to espouse blasphemy laws despite no basis in Qur’anic scriptures."