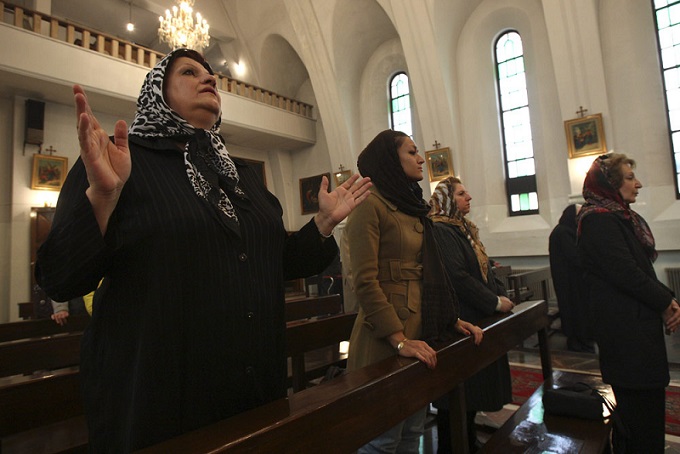 Tehran: December 20, 2017. (Middle East Concern) Iranian Christians request prayer for four Christian converts from the self-styled "Church of Iran" who were arrested in their homes, in Karaj on 12th December 2017. Authorities went to the homes of Amin Khaki, Milad Goudarzi, Shahab Shahi and Alireza Nourmohamadi, where house church meetings were taking place. After arrests, the men were taken to an unknown location. They have informed their families of their well-being, but remain detained pending the laying of charges. One of those arrested, Amin Khaki, has previously been imprisoned for his faith. He was first arrested on 10th May 2010 in Karaj, charged with anti-government activity and given a one-year suspended sentence that was eventually suspended for five years. On 5th March 2014, he was again arrested and detained while attending a picnic with other Christians, near Shoush, Khuzestan province. Amin was then released on bail on 3rd January 2015 with a court hearing following in May. On 4th October 2015 he was sentenced to one year in prison (including time already served) on charges of "action against national security" and released in July 2016. Meanwhile, Iranian Christians also request prayer for four Christian converts who, following an appeal court hearing last Wednesday, 13th December 2017, are waiting for the court's decision. Pastor Yousef Nadarkhani, Mohammadreza Omidi, Yasser Mossayebzadeh, and Saheb Fadaie are appealing 10-year prison sentences received on 6th July 2017 for propagating house churches and promoting "Zionist Christianity". Yousef and Mohammadreza have also been sentenced to two years' internal exile; Yousef in Nik Shahr and Mohammadreza in Borazjan. Both of these locations are in the south of the country, far away from their families in Rasht. All four defendants attended the appeal hearing at the Revolutionary Court in Tehran in front of two judges, Mr. Babaei and Mr. Zargar. During the hearing, their lawyer presented both a written and a short verbal defence. The court required a supplementary bill and written defence to be submitted. Once this document is received, the court will announce its definitive decision confirming or rejecting the previous verdict. As they were taking communion at the time of their arrest, on 13th May 2016, Yasser, Saheb and Mohammadreza faced separate charges of consumption of alcohol. On 10th September 2016, they were sentenced to 80 lashes each. Their appeal against this sentence remains outstanding.