Major Accomplishments of the Trump Administration in 2017 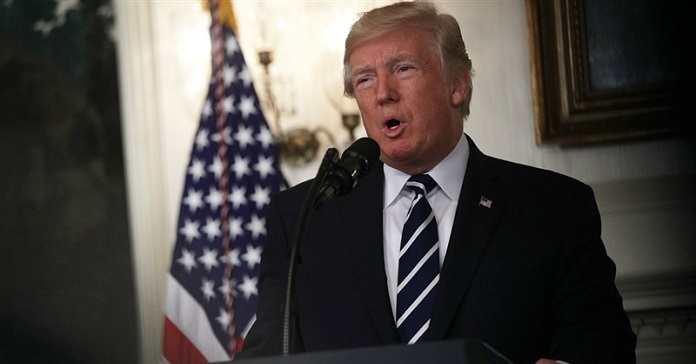 Washington DC: January 8, 2018. (John Paluska) Though CNN and other mainstream media outlets consistently write that Trump has accomplished nothing but division since defeating Hillary Clinton in the general election, the truth is that the Trump Administration has amassed a sizable list of accomplishments. The most remarkable accomplishment of all is that this administration has managed to achieve anything despite opposition from fellow Republicans, Democrats, most major news outlets, Conservative news outlets, and some Christian leaders. In spite of this pressure, the Trump Administration has achieved some groundbreaking accomplishments considering the political climate of Washington D.C. Since most major news outlets have decided to ignore Trump’s successes and follow a baseless, evidence-less Russia probe, or divulge the latest aspersion, here are 6 major accomplishments by the Trump Administration: 1. Nomination of over 70 conservative court justices and the confirmation of conservative Neil Gorsuch to the Supreme Court Since February 1, Trump has been nominating a steady stream of justices for key federal court positions. Though Congress has only approved a handful, many of their approvals are conservatives, the most notable being Supreme Court Justice Neil Gorsuch. 2. Abrogation of over 60 Federal regulations Since Trump's 2 to 1 deregulation executive order, over 60 regulations have been repealed. As a result of this and other Trump Administration policies, manufacturing jobs have grown substantially. 3. Getting NATO to pay their fair share Trump threatened to remove American protections from NATO countries that were not paying their pledged dues. Shortly thereafter, those countries pledged to pay all their dues to NATO. 4. Bringing in over 550 billion dollars in trade deals and infrastructure spending from foreign countries When Trump visited the Middle East, many in the media hailed it as a blistering failure. In contrast, Trump managed to secure over 300 billion dollars in trade deals while in Saudi Arabia. In addition, Saudi Arabia pledged to invest an additional 40 billion dollars into US infrastructure. Further, when Trump visited China as part of his Asia diplomacy trip, the country agreed to a 250 billion dollar trade deal in the US's favor. Anecdotally, diplomatic relations with China went so well that Trump was the first president allowed into the Forbidden City. 5. ISIS significantly weakened When Trump took office, he unleashed the military by removing many regulations preventing it from running efficiently. This, in turn, helped the military to destroy most of what remained of ISIS, which was one of the biggest global terror groups in existence at the beginning of the Trump Administration. 6. HHS redefines life as beginning at conception and Trump Administration cuts funding to UN abortion promotion agencies The Department of Health and Human Services rewrote their definition of life to include that it begins at conception in their new strategic plan. In addition, Trump cut US funds to the United Nations Population Fund because of its participation in China's forced abortion policies. The Trump Administration has also re-instituted the Mexico City policy, which denies aid money to any international group that promotes abortions. However, Trump increased the scope of the policy to include all federal aid and not solely funds for family planning. What to expect in the future Trump has already expressed plans to construct the border wall and is currently testing prototypes to determine which structures will be most effective. Congress has also expressed approval of the border wall, and a border funding bill recently passed in the House Homeland Security Committee by a vote of 18-12. Additionally, Representative Mike Rogers introduced a different bill on March 3rd, 2017 to provide funding for the border wall. Another agenda that might come to fruition is the relocation of the US embassy to Jerusalem. Trump recently declared that Jerusalem is Israel’s capital, a decision that American president have been sidestepping for decades due to the heated politics of the Middle East. Further, Trump has already expressed that he plans to move the US embassy to Jerusalem, despite worldwide opposition. Altogether, the Trump Administration has had a productive first year. Even though there was instability in Trump’s cabinet and a number of raucous Tweets, the actions of this Administration show that Trump is working to keep his campaign promises. (About the Author: John Paluska graduated from Regent University with a B.A. in Strategic Communications and a minor in Theology. He founded the social media news aggregation platform Soaker News in 2012 and has previously worked for Amplify Communications to boost publicity for the American History Film Project. John is an Orthodox Anglican and loves reading the bible and writing about politics and culture through the lense of Christianity)