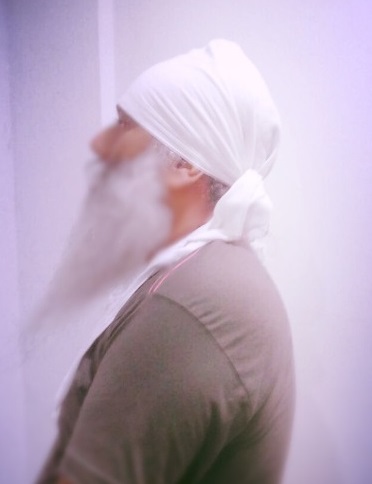 Peshawar: February 13, 2018. (PCP) A Pakistani Sikh man persecuted after starting a minority faith school in Peshawar has had to flee to a South-East Asian country to escape a fatwa calling for his death. In 2004, 44-year-old Harjit Singh (real name protected), a Pakistani national and baptized Sikh, opened a Sikh faith school in the district of Peshawar to provide a good quality education for the children of his minority community. The school - which is not named to protect members of Harjit's family - became an instant success and was well attended with over 300 children, as Sikh families appreciated the mix of religious and academic teachings the school offered. However, only a few months after the school began a local militant from the the Taliban in the region contacted Harjit and ordered him to cease with his school with immediate effect, or face being killed. In the Peshawar region of Pakistan Taliban officer frequently threaten minorities in which several large-scale terrorist’s attacks have taken place. Harjit alleges that he refused to close the School stating that the Taliban have now rights in Pakistan which is a democratic nation. In response. however, the Taliban issued a 'fatwa' against him with an order to kill him and affixed it to the walls and door of his school and many other public locations. Harjit filed a formal complaint ('First Investigation Report' - 'FIR') against the Taliban with the local Police. The Police were uninterested in investigating the matter however and explained to Harjit that since the Taliban have powerful influence and a huge presence in the region, he should comply with their wishes for his safety. They seemed more than apathetic - "fearful" is the word used by Harjit to describe their demeanour. Harjit Singh alleges that he sought help from the local Sikh leaders who were unable to assist as they too feared repercussions form the Taliban. Harjit Singh said "Sikh leaders have little power and that is over members of their own community - they too live in fear of the Taliban." Harjit explained that his school was forced to close in 2004 the same year it was formed only months after opening. Harjit Singh together with his wife aged 39, and three children (aged 15, 13 and 11) fled their home with his wife moving to her parents’ home and Mr Singh travelling the Punjab finding work where he could, but facing severe discrimination due to his visible Sikh appearance. During a period in Lahore he rescued a homeless man and got him work with the same employer as himself. However, regrettably had confided with the man about the threat he faced from the Taliban and the man who he had befriended and helped betrayed him. The originally homeless man initially tried to blackmail Mr Singh for money, then one day he stole something form work and absconded and led the Taliban to Mr Singh who made a series of threats to Mr Singh. In April, 2017 Harjit felt he had no alternative but to flee Pakistan taking his wife and young children with him to a safe country where he has sought asylum. Mr Singh's and his family's application for asylum is waiting to be progressed. The family are extremely anxious about their future and concerned for the safety of their friends and family in Pakistan. Mr Harjit Singh said " The threat from the Taliban is real, I had no alternative but to ensure the safety and future of my children and my wife. Sikhs are a minority in Pakistan. We are forced to pay 'jizya' [historically a form of protection money charged to non- Muslims living in an Islamic country]." Harjit said: ".... Pakistan is my ancestral home however, we are denied the right to practice our faith freely. Sikhs in Pakistan are forced to pay the jizya tax to practice their faith and even to access roads. We are oppressed in own country". Jas Uppal from 'Justice Upheld', a British Human Rights charity who is representing Mr Singh, said: "We view the treatment of Mr Harjit Singh and his family in Pakistan is nothing short of oppression, discrimination and persecution of a minority. "We understand that the Sikh population in Pakistan is currently less than 20,000. Prior to the Partition in 1947, the minority population in Pakistan was set around 20%. This has now been reduced to less than 5%. The Sikh population was not recorded in the 2017 census in Pakistan'. "The world is ignoring the suffering of Sikhs and other minorities in Pakistan at their peril which emboldened the persecutors to continue with impunity'. Wilson Chowdhry, Chairman of the British Pakistani Christian Association, said: "Minorities in Pakistan face the most phenomenal persecution but are routinely ignored when applying for asylum in the west, because realpolitik takes over and countries in the west are more interested in trade deals and military bases then human rights. "As a signatory of the UN Convention for Human Rights Pakistan has a number of international obligations it continues to breach. A toothless UN has no desire to intervene despite growing evidence of extrajudicial killings and systematic discrimination and persecution. "Such apathy has allowed poor governance to fester prejudice and hate which is now been exported by Pakistan across the globe. "I hope a growing number of victims like Mr Singh and the thousands of Pakistani Christians fleeing the homeland are granted asylum in the west. Those that escape must be given a fair chance to restart their lives in nations without the evil mindset that has beset the majority population of Pakistan." In 2012, Pakistan's National Database and Registration Authority reported that 6146 Sikhs were registered throughout Pakistan. Despite being a very small community and mainly living in four regions near Nankan Sahib (Birthplace of Guru Nanak) in Faisalabad, Dera Sahib (Place of Guru Arjan's disappearance near former trajectory of River Ravi) in Lahore and Punja Sahib (place where a large bouder rolled down is aid to have bene stopped by the hand of Guru Nanak? near Islamabad and also in Peshawar.