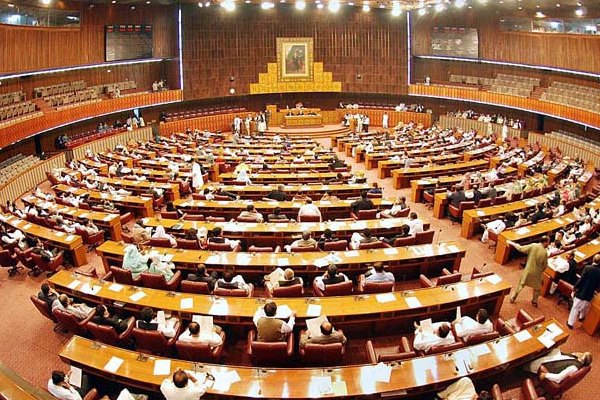 Faisalabad: October 2, 2018. (PCP) Human Rights Focus Pakistan (HRFP) is concerned about increasing persecutions of religious minorities in Pakistan. The minorities concern and expectations are increased since the new government is formed by July 2018 as they expressed a wide range of promises precursors to the protection of minorities and marginalized groups to improve their conditions in country. It was also assured that the discriminatory practices will be ended with claiming that minorities would be equal citizens and there will be rule of law for every person but without taking any initiatives nor seeing the ground realities, in most recently the Human Rights Minister of Pakistan Shireen Mizari shared with European Delegates that the minorities in Pakistan are enjoying complete freedom and equal citizen rights but the routine's and recent issues have revealed the true picture of situation and the minorities are concerned that what was a "magic stick" in hands of new rulers which touched to minorities and they became in a status of joyfulness , HRFP added more. Human Rights Focus Pakistan (HRFP) as leading minority rights national level organization works on grassroots since 1994 and every year above 1000 religiously persecuted victims from all over the Pakistan approaches to HRFP staff through REAT Helpline (0800 09494) 24/7 a Toll Free Number executes in HRFP office for Protection, Legal Aid, Shelter, Livelihood, Medical Assistance and other basic needs including services of Early Warning System and Referral System as well if required. HRFP is fretful about the numbering of victimizations, particularly the cases of abductions of minority girls for forced conversions & forced marriages, the Churches/temples and Minority Colonies attacks, the assassinations of individuals, false accusations of blasphemy charges (295 A/B/C) and other violations are growing day by day. The most recent examples of such incidents are, the Alahiyabd riots where Riaz Masih with 6 victims persecuted, the Vickram Elwin & Elwin John attacked case, the Pensioners issue of Christian Sanitary workers through Qadir Masih (petitioner), Akash , Nazm and Shamrose issue of discrimination in job quota by police authorities, the Sultan Masih issue about his forcefully termination from the job, Nobel Masih & Sadiq Masih land dispute case, Ibad Masih & Falak Sher case rooted to Church attack and the abductions , forced conversions & forced marriages cases of Nida Sohail, Mehwish Baber, Maryam Khalid, Aneela Tanveer , Kamini Nanakchand and several cases are the real faces of minorities miseries. Naveed Walter president HRFP urged to new government that biased attitudes & behaviors towards minorities is horrendous and the rulers silence is also a question mark about their promises of change, during election campaigns even the Prime Minister Imran Khan ensured to make a change in minorities' situations through new legislations and implementations. He said further that the protection and equal status of minorities should be a priority of new government if they wanted to execute the real democracy but the current situation is unclear about their strategies & initiatives, he added more.