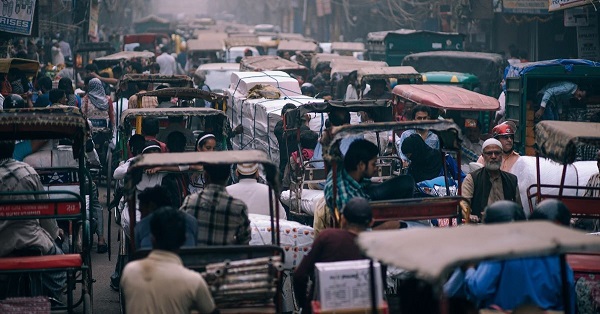 NEW DELHI: November 7, 2018. (Morning Star News) â€“ Attacks on Christians that began in one area of Uttar Pradesh in July have spiked and spread, instilling fear in congregations throughout the state, sources said. After several attacks in Jaunpur District in July, by the end of October persecution of Christians had spread to 32 of Uttar Pradesh's 75 districts, rights activist Dinanath Jaiswar told Morning Star News, with some of those districts seeing assaults earlier in the year. "Jaunpur District has emerged as the epicenter of violence against the Christian community," Jaiswar said. "The frequency and intensity of the incidents took us by surprise. There were days when at least two or three incidents would be reported from different parts of Uttar Pradesh, and we would struggle on how to provide help to hapless Christians." Many pastors went into hiding since July, though in many cases their congregations were able to keep meeting, and all of the church leaders have since returned home, sources said. "Many a time we have had to divide our team or call more people, just so we could stand with the people who were being targeted and arbitrate with the authorities for their release," Jaiswar said. "There is a sense of fear in the atmosphere," a Christian leader said. "Which church would be attacked, and when, is a constant threat in the hearts of the pastors of Uttar Pradesh." Persecution of Christians in Jaunpur District spread like wildfire to nearby districts, making Uttar Pradesh the state with the most violence against Christians since January, rights activists said. "Incidents of violence and hate targeting Christians have risen to a never-before level in Uttar Pradesh," said the Rev. Vijayesh Lal, general secretary of the Evangelical Fellowship of India (EFI) and national director of EFI's Religious Liberty Commission. "Whereas there were 50 incidents that were documented in the state of Uttar Pradesh last year as a whole, this year till [the end of] October we have already documented 64 incidents." September and October were among the worst months for aggression against Christians in the state, he said. EFI-RLC recorded 28 cases in September and 16 in October in Uttar Pradesh. Since January, violence has broken out against Christians in districts of Azamgarh, Gorakhpur, Ghazipur, Kaushambi, Allahabad, Bareilly, Meerut, Agra, Lucknow, Mahoba, Mau, Pratapgarh, Varanasi, Kannauj, Pilibhit, Ghaziabad, Muzzafarnagar, Lakhimpur, Fatehpur, Raebareli, Sitapur, Meerut, Mirzapur, Hapur, Barabanki, Siddharth Nagar, Kanpur, Khushinagar, Gautam Budh Nagar and Kannauj, along with Jaunpur. "It is a fact that the Christians living in the most populous state of India, Uttar Pradesh, are facing heightened fear of threat to their lives for practicing their faith," said A.C. Michael, national coordinator of minority affairs for the All India Catholic Union (AICU). Pastors were routinely taken into police custody based on false allegations of forceful religious conversion, he said. "In one such case, on Sept. 13, a Christian who was leading a prayer meeting was beaten up and warned of severe consequences if he continued to pray," Michael said. "Christians in Jaunpur are in great fear of being attacked and are not even conducting prayers in their own homes." Police deliberately approached pastors' homes late at night to harass them and their families, said a source who requested anonymity. "Picking up pastors and Christian leaders after midnight, keeping them in police custody for 24 hours, is a technique to mentally harass them and to instill fear in them," the source told Morning Star News. Attacks on Christians in India have risen from 150-plus in 2014 to more than 250 already in 2018, according to Alliance Defending Freedom (ADF), which undertakes legal advocacy for religious freedom. "What should worry the Christian community, especially its leadership, is that out of three democratic pillars of India, both government and media are ignoring these seemingly systematic attacks on Christians," an ADF press statement reads. The third pillar, the judiciary, has more than 200 cases of false allegations of forcible conversion pending in various courts of India, including the Supreme Court, it adds. Epicenter The Hindu extremist targeting of churches started from the Bhulandih village, Jaunpur District, where pastor Durga Prasad Yadav leads the Jeevan Jyoti Satsang Prarthana Kendra (Light of Life Fellowship Prayer Centre).