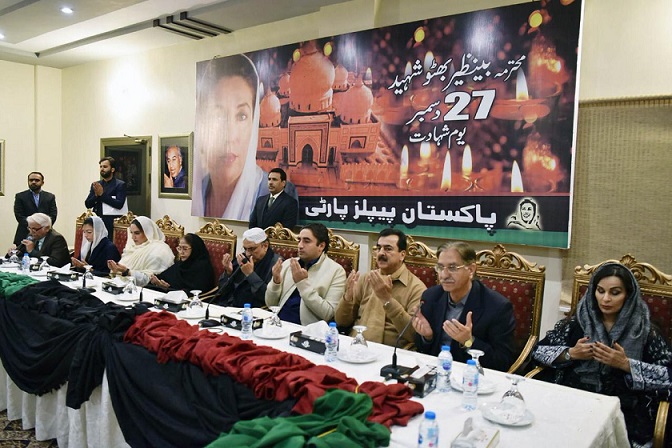 Following the CEC members’ briefed consultations on the present situation of JIT probe of multi-billion and the party leaders Asif Ali Zardari and Faryal Talpur's arrest.

CEC termed JIT report is false and only victimization people of Sindh by the government, they will raise voice at all forums including Parliament and other opposition parties.

Sherry Rehman, Farhatullah Babar and other leaders criticized the government over performance of 100 days and failures of government social and economic indicators by rise of prices and inflation in country. They said the completion of incumbent government's tenure depends upon its eligibility.

There is no point of view added in JIT by the leaders only one sided political rivals put in the jail and cursing them by the government trying to break it. The CEC members reposed their full confidence in the party's leadership on the occasion.

The Pakistan People’s Party (PPP) will observe the 11th death anniversary of Benazir Bhutto on Thursday Dec 27 at Garhi Khuda Bux where workers and leaders, including PPP Chairman Bilawal Bhutto Zardari and Co-chairman Asif Ali Zardari, will participate in a rally.