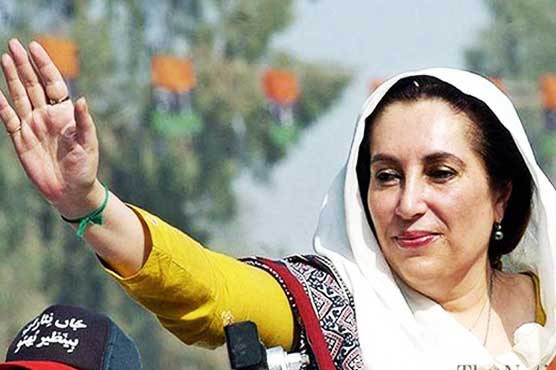 He said his party and the leaders are not scared of any tactics by the Ladlas (PTI), they don’t have an ideology how to convert weaknesses, but they have challenged once again and we will face in Courts.

PPP co-chairman said they have already faced opponent and their tactics, Bilawal his son and Benazir Bhuto no one can fright him but the Jialas will fight for him in every nook and corner he said.

He said only the ‘Ladlas’ boasting open mouth on Televisions, there was enough time, but lack of competence PTI government in the first 100 days performance was showing failures, despite of PPP government saved country economy by increasing wheat prices, BB Card, removed Musharaf and his government.

PPP Chairman Bilawal Bhutto Zardari said that he will fight on first battle line for 18th amendment, provincial autonomy and other injustices by face honorable courts and will succeed.

Addressing to a mammoth rally on the eve of 11th death anniversary of his mother and former Prime Minister Benazir Bhutto at Garhi Khuda Bux on Thursday,

PPP Chairman Bilawal Bhutto Zardari denied NAB case and rejected JIT report is totally false against them and said fake cases registered against him, when he was at the age of one year only and next when he was 6, if I was such a smart boy, the government should given him Sitara-e-Imtiaz.

Bilawal Bhutto criticized government said that present government should realize center is in a week position, but the reins of country are in the hands of inexperienced and unskilled Prime Minister he said. The selected PM must listen with open ears that we will fight the conspiracies, he declared.

Bilawal said we have seen Musharraf, Saif-ur-Rehman, Zia-ul-Haq being held accountable. Bilawal also accused Khan for seeking control over the resources of provinces.