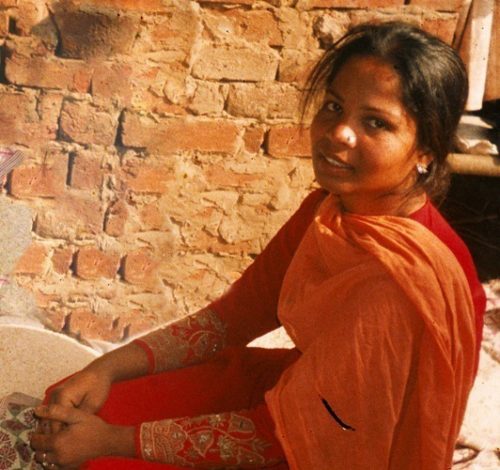 Washington DC: (ChristianHeadlines) Earlier this month, we asked you to petition your elected leaders and the President to grant asylum to Pakistani Christian Asia Bibi. To wrap up 2018, here’s that BreakPoint commentary again. And again, I urge you to speak up for Asia Bibi.

On Wednesday, the day before Thanksgiving, reports surfaced that Islamic radicals in Pakistan were “hunting house to house” for Pakistani Christian Asia Bibi.

Her story should be painfully familiar by now.

Bibi has been in hiding since Pakistan’s supreme court acquitted her of blasphemy charges–this after a 9 year imprisonment and legal battle that left at least two of her supporters dead. She now faces a vigilante campaign for her execution, the execution of her family, and the three high court judges that rendered the verdict. Her attorney has already fled the country.

A few countries, including Canada and Australia, seem to be working with Pakistan to grant her asylum, but so far the United States has remained silent.

On Friday, my BreakPoint This Week co-host Ed Stetzer and I, using the social media hashtag #AsylumforBibi, called on President Donald Trump to fulfill recent promises made by his administration to persecuted Christians and to grant asylum to Asia Bibi and her family;  and to pro-actively work with Pakistani officials to ensure safe transport to the United States. Please join us in petitioning the President to act now.

So far, the response to #AsylumforBibi has been strong, but Asia Bibi and her family need you to not only help raise social media awareness, but to also send a letter to your congressman, senators, and Secretary of State Mike Pompeo. Our colleague Roberto Rivera has provided a sample letter that you can find at BreakPoint.org.

Now, as I have said often on BreakPoint, the Trump Administration has, for the most part, been a stout defender of religious freedom at home and abroad. The appointment of Sen. Sam Brownback as America’s Ambassador-at-Large for International Religious Freedom, and hosting the first-ever State Department Ministerial to Advance Religious Freedom are both great things. And, the rhetoric has been strong. Both President Trump and Vice-President Mike Pence are on record that America needs to do more to aid Christian refugees.

So why the silence now, when Asia Bibi’s life is so clearly in danger? Asia Bibi and her family fit perfectly with the U. S. Citizenship and Immigration Services definition of refugees eligible for asylum.

Let me quote from their website: “Refugee status or asylum may be granted to people who have been persecuted or fear they will be persecuted on account of race, religion, nationality, and/or membership in a particular social group or political opinion.”

So far, so good. Reading on, the USCIS says, “Refugee status is a form of protection that may be granted to people who meet the definition of refugee and who are of special humanitarian concern to the United States. Refugees are generally people outside of their country who are unable or unwilling to return home because they fear serious harm.”

There should be absolutely no legal reason not to offer refugee status and offer asylum to Asia Bibi. And, there is every humanitarian and moral reason to do so.

Of course, the attention of the administration—and certainly the media—is focused on the crisis at our southern border. Even under calm conditions, hundreds or thousands of people applying en masse for asylum would overwhelm the system. We’ve reached the point where the Administration felt, rightly or wrongly, that it had to close the busiest border crossing between the U.S. and Mexico.

Even so, closing our borders and our hearts to Asia Bibi and her family forfeits our moral leadership and is unacceptable.