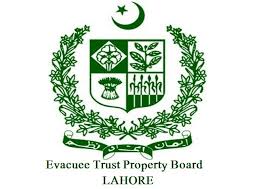 "Imran Khan, no doubt, had emerged as a ray of hope for vulnerable Non-Muslim minorities in a Muslim-majority country," the statement said, adding that performance of present government is highly disappointing in order to protect rights of minorities. The continuous failure of promises is resulting in decreasing popularity graph of current government day by day.

According to Pakistan Hindu Council, there are as many as 1288 Hindu temples, 522 Gurdwaras and worthy Hindu property which need urgent attention of Evacuee Trust Property Board. "Therefore, this is our genuine demand to appoint Hindu chairman of Evacuee Trust Property Board," Pakistan Hindu Council said. In addition, the current decision of appointing ETPB Chairman is also violation of the Supreme Court directions and the 19th June decision for the protection of minorities' rights.

This is quite strange for Pakistani Hindu community to see appointment of Muslims and Christians as board members, the Council further expressed, emphasizing that both communities have nothing to do with the Hindu properties.  During the signing of Liaqat-Nehru pact, leaderships of both countries agreed to appoint Muslim head to look after evacuee property in India and Hindu head in Pakistan. The Council claimed, mentioning that India and Israel used to appoint local Muslim minority national to look after evacuee issues. However, Pakistan failed to appoint Hindu citizen as Chairman of ETPB since independence.  Pakistan Hindu Council regretted.