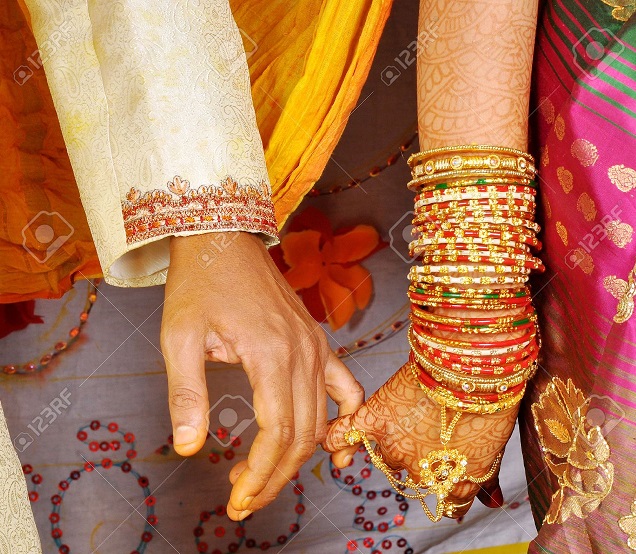 Faisalabad: July 13, 2019. (PCP) Vikram Chand Masih 21-year-old resident of Burewala District Sahiwal approached CTS along with his Mother Rozi Agnes aged 40 and his younger sister Maryam aged 15 for legal assistance and shelter after a false abduction case FIR has been filed under section 365/B PPC against Vikram Chand and his mother.

Vikram Chand was in a primary education when his father passed away 13 years ago due to drugs addiction. As an elder child of parents, he has to stop his education and work for the family survival and supported two sisters Sonam Salman aged 19, Maryam Salman aged 15; Nauman aged 13 and his mother.

He started work at a zinger burger, chips fryer in PAPA CHINOO situated on stadium road Burewala and lived a normal life along with his family.

About five months ago Vikram Chand got contacted through a wrong phone call to a Muslim girl Hibbah aged 18 residents of Sumandri Faisalabad. Later a regular conversation and sharing was started between Hibbah and Vikram. Vikram told Hibbah that he is not a rich man and that he works hard to help his family of five members. Hibbah was touched and she fall in love with Vikram and remained in regular contact.

On October 8, 2018 Vikram picked up Hibbah first time from her college and they Vikram and Hibbah after marriage accompanied to a nearby hotel namely Fry Chicks, after meeting for an hour Vikram dropped Hibbah back at her home.

It was a secret relation that no one knows about but one day suddenly Hibbah’s brother made a phone call to Vikram and warned. He said that Vikram should not call again on this contact number therefore they both could not talk for four days. Meanwhile Hibbah convinced his brother and father about her relation with Vikram and made a phone call again without any restriction by her brother and father. The other side her family started to find out someone for Hibbah’s marriage. She informed Vikram and said that she cannot marry to any other man while she loves him. She requested Vikram to come and pick her up from her town and takes her with him; otherwise his father will arrange his marriage to another man soon.

On 6th May 2019, Vikram picked up Hibbah from Sumandri Faisalabad by 3:00 pm in a rented car and brought her to Burewala at his home. The very next day, they both went to the session’s court Sahiwal where a Muslim friend promised to help Vikram in the marriage and nikkah.

On 7th May 2019 Hibbah and Vikram became legal husband and wife after they singed a marriage contract. After 17 days of marriage Hibbah’s parents lodged abduction case against Vikram and his mother Rozi Bibi. Because of the fear of arrest the family asked refuge at a human rights organization based in Lahore but the Muslim lawyers misguided the family in this case. The Muslim lawyer and Muslim friends of Vikram Chand forced him to convert to Islam if he want to keep continue marital relation with a Muslim girl. After Vikram’s conversion the lawyer asked the family to record Hibbah’s statement under section 64 before the court of Magistrate on 13th June 2019.

Vikram and Hibbah went to the Multan courts to record a statement that she is not kidnapped by Vikram Chand and his mother and that she is married with her own will and she want to live along with her husband.

When they both come to the court in Multan Hibbah’s parents abducted her before her statement recorded in the court. They threatened Vikram for life and

said that they will kill the all family. Through some sources the family approached Mr. Ijaz Alam, Minister for Human Rights and Interfaith Harmony and he referred the family to Christians’ True Spirit (CTS) to provide immediate Shelter to the family consisting on 5 members including mother, two daughters and two sons and provide legal assistance accordingly. CTS is committed to accommodate this family and assist them in there all needs.

Christians’ True Spirit – CTS has filed pre- arrest bails of Vickram and her mother on June 24, 2019 in the session’s court Faisalabad against the case FIR allegedly registered against Vikram and Rozi for abduction of Hibbah.

CTS request your prayers in this tough situation when the family is feeling life risk and they are in danger by the Muslim extremists. May the Lord our God keep them safe.