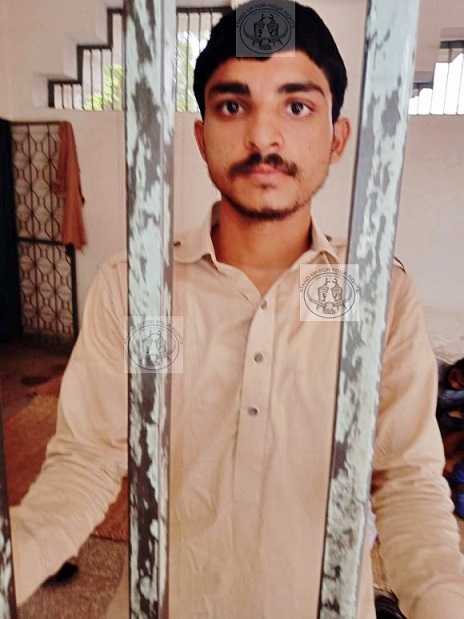 Lahore: July 18, 2019. (Aneeqa Maria Advocate) A Blasphemy case was registered against Nouman Masih s/o Asghar Masih in Police Station Baghdad-al-jadid Bahawalpur. According to First Information Report (FIR) the Police got an information from their informer that a person named Nouman is holding blasphemous sketches/pictures against the Holy Prophet and he’s showing these blasphemous materials to his friends and forwarding it to his friends. The Police raided the told place at about 4:30am i.e. early in the morning at 4’0’ clock and found him showing the sketches to his friends. Upon seeing police there everyone escaped and only Nouman got arrested by the police. This Case is registered under the supervision of the police and its complainant is itself an ASI i.e. Assistant sub-inspector.

The Voice team was contacted by the family and the team went for the fact finding. According to our fact finding apparently there’s no enmity of Nouman with anyone, but the main thing to notice in these chains of cases is that they are although not interlinked but still in all of them Christian youth is being targeted. In-fact if we look back in the past three-four years, all the cases or I must say majority of the cases are registered against Youth for Blasphemy. In this incidence, both Sunny Waqas and Nouman are cousins. Both got arrested in Blasphemy cases under section 295 C, both are 18-19 years old, in both cases the complainant is the State. Both are arrested the same evening, but date and time is twisted in the FIRs.

Now the question arises, why is it against Christian youth? What enmity does the police have with the youth? Is this a co-incidence or the youth is being targeted to influence minorities to indicate that it’s the time to convert? It is pertinent to mention here that it is the same area where there are a number of cases of forced conversions emerged and registered earlier this year. Moreover, it is also famous in many radical activities. A number of questions were raised in my mind and I will try to find answers for them without putting myself and my team into troubles. Please keep us in your prayers.