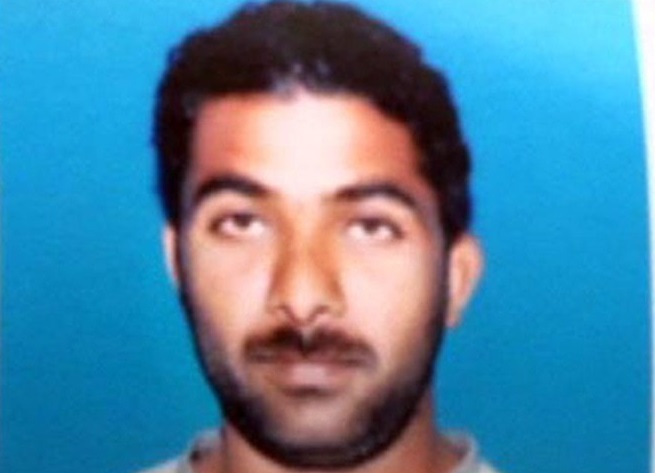 Lahore: September 11, 2019. PCP) A Christian family from Lahore demanded that authorities initiate an investigation into the death of a young Christian man named Amir Masih, who was killed whilst in police custody on September 3rd 2019.

A First Information Report (FIR) has been lodged by the victim’s brother in which he describes slain Amir as being employed as a gardener in Lahore’s wealthy PAF Colony. He has stated that Amir was summoned to North Cantt Police Station by Sub-Inspector Zeeshan on August 28th with other employees after a minor theft from his employers home. Amir travelled to the police station of his own volition to give what he thought would be a quick statement to clear his name. After visiting the station Amir was taken to an undisclosed location where he was then subjected to a cruel and debilitating torture in an attempt to force a confession for a crime his family state he did not commit.

In a statement to various media groups, Sunny Masih, has stated that "police officials had urinated on him while cursing him for being a Christian and tried to force him to confess to the crime,”

The report states that when family members reached the police station later the same day, it was confirmed to them that SI Zeeshan had called the victim, however they were unable to meet with either the sub-inspector or Amir.

On 2nd September Amir was handed to his family by two unidentified police officers at the police station, after they had rushed to collect their brother following a call to his brother Sunny Masih. Amir was in a visibly poor physical state, semi-conscious and suffering from serious injuries. Alarmed by the state of health of Amir the family took him to Services Hospital Lahore where he succumbed to his injuries and passed away.

After an investigation was opened, a post-mortem which was released on 8th September concluded that Masih, was tortured to death by police, after having been charged with a minor crime. The autopsy revealed various torture marks on the body of slain Amir Masih, with his hands, feet, and back all indicating a brutal attack. The post-mortem examiner confirmed that Mr Masih's ribs were broken whilst he was in police custody.

Some media outlets have shared a video of two policemen who can be seen dragging Masih into a hospital. Later, the policemen are seen bringing Masih out of the hospital in a wheelchair and putting him in a cab. You can view one video shared by the Daily Times here:

Juliet Chowdhry a spokesperson for the British Asian Christian Association, said: "The number of Christians killed in police custody has been a long term concern for the BACA.

"If we counted the occasions of near deaths the figures become very significant.

"We are reminded of the brutality that led to Sajid Masih leaping from a second floor window of the Federal Investigation Authority's (FIA) headquarters in February 2018, to avoid being forced into a sex act with his cousin.

"It is tragic that police brutality continues to increase in Pakistan despite the promises of the new government and those before PM Imran Khans regime.

"The fact that these deaths are often the consequence of a false charge, blasphemy allegation or a petty crime only serves to compound the low morale amongst Christians in Pakistan.

"Worse still evidence would suggest that Christians suffer this brutality as they it is easier and more desirable to force them into confessions, to satisfy Muslim employers who can then take what little goods they have to make up for their losses.

"If the UN is serious about its 'Convention against Torture and Other Cruel, Inhuman or Degrading Treatment or Punishment' which Pakistan is signatory to; then they must act swiftly to ensure the ongoing mistreatment of persons in custody by statutory authorities in Pakistan is systematically eradicated."

On Monday, our National Executive for Pakistan Mehwish Bhatti will be meeting with the family to see what help we can offer.