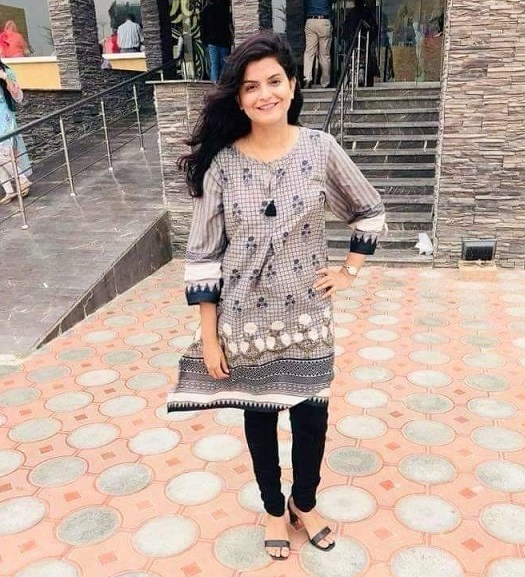 Karachi: September 22, 2019. (PCP) Human Rights Focus Pakistan (HRFP) is anxious about the intensifying number of religious minorities’ incidents like Nautan Lal, a Hindu teacher from Ghotki , Sindh who falsely charged for blasphemy but actually due to personal grudge by FIR applicant‘s son who was a student of Nautan Lal. The minority girls’ abductions, forced conversions and forced marriages are also continue with addition of Samra bibi, a Christian girl from Faisalabad, Punjab and Nimrita Chnadani, a Hindu girl from Larkana, Sindh.

Both minority girls’ incidents occurred on 16th September 2019 as Samra bibi was abducted by Muhammad Ramiz with four allies when they were pushing her in a car, his brother with two street fellows saw clearly to Samra and kidnappers but kidnappers fled before reaching to them while during kidnapping the gold’s ornaments and money was also looted by Muhammad Ramiz and allies.

In Nimrita Chandani case, the girl was actually killed as his family and class fellows including medical experts has stated that she was being trapped and has been facing threats as the mostly facts and evidences proves her murder but the perpetrators with the support of authorities are trying to prove it a suicide, unfortunately the government’s machinery is also supporting to perpetrators rather than to Nimrita Chandani. HRFP is monitoring whole process and keeping close contact with Nautan Lal and Nimrita Chandani families to provide them possible assistance while after visiting HRFP office by Munir Masih (father of Samra bibi), HRFP team has visited home, linked police station and started legal proceedings with other possible assistance to them and will continue until the safe return of Samra bibi back to home and justice to family.

Naveed Walter president Human Rights Focus Pakistan (HRFP) said that the minority girls are being targeted easily for abductions, forced conversions and forced marriages like Samra bibi and being soft targets of black mailing, raping, killing and proving as suicide like Nimrita Chandani case while the recent abducted ,forced converted and married Sikh girl Jagjit Kaur’s (from Nankana Sahib, Punjab) safe return back to home by government direct actions has also proved as a case studies that if authorities took steps, they can do anything possible then why same actions are not taken yet for all minority girls, he questioned?  Naveed Walter said further that HRFP is assisting such victims and families through legal aid, advocacy & lobbying by fulfilling other immediate basic needs including safe accommodation and bring cases to courts for justice but sometimes the courts proceedings seemed more supportive to perpetrators also as like in most recent Sania Lateef ’s case has reached at a stage where the court needs exact location of abductor & victim so the abductor may caught and these challenges are a ground realities while in Samra bibi case a victim is juvenile of 14 and she was not able to be married but in FIR the police wrote purposely that she is 15/16 and it would be challenged also, he added more.