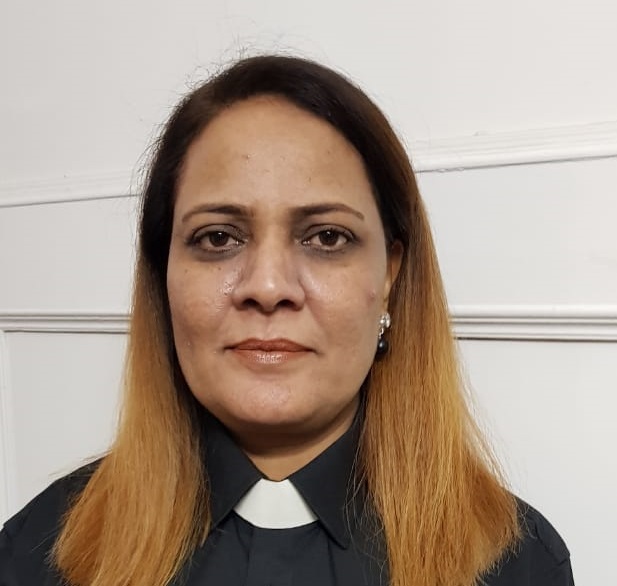 Lahore: September 29, 2019. (PCP) It is very sad and full of terror to hear that Pakistani Pastor Anila Haroon who has been doing evangelism in Grace Church Mirfa Abu Dhabi for many years was forced to stop preaching Christian faith in Islamic countries when she was coming back with her husband after preaching the  word of God in Yohannabad Lahore, Pakistan on 18th of September, 2019 (Wednesday) in the evening when two persons on motor bike stopped them and one of them pointed mozar at her and introduced themselves as the ones belonging to Lashkar-e-Taiba. They threatened her to stop preaching gospel in Islamic countries otherwise she and her family will be killed and then they escaped from the spot.

Pastor Anila immediately after contacted with the local police through phone call on 15 and also forwarded applications to Police Station and all the higher authorities later on but to no vail. Still she is insecure and her own life and the lives of all the members of her family are in the danger. The local police is not even registering criminal case and lingering on the matter for which she has filed a writ petition before Justice of Peace. It is pertinent to mention here that the same incident has also happened in the year 2018 when she received many phone calls from unknown numbers through which she was threatened with the same threat of life. In fact, pastor Anila is not only preaching the word of God but also working for the rights of oppressed Christian minority in Pakistan and often she gets recorded her statements against the atrocities done to the Christians in Pakistan. It is an appeal to the Government of Pakistan to provide her and her family justice and complete security of life.