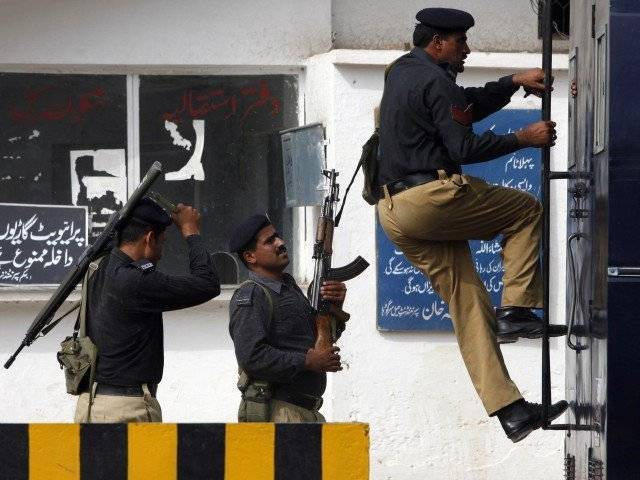 Lahore: October 9, 2019. (PCP) Parveen Bibi lived along with her husband Aslam Masih and a son named Salman Bhatti aged 14 in Kamoki, Gujranwala. Aslam Masih is a diabetic and unable to work while her son Salman is also not an earning hand. Parveen Bibi is Diabetic too but she began cleaning in the house of Asghar Ali about three months ago. On 25th September 2019 she went to her job in routine, Asghar Ali and other family inquired with her about money Rs.4,000,000PKR missing from the house. They beat Parveen Bibi and asked her to return the money as soon as possible. Parveen got shocked, it was a big amount for this poor woman. She got confused and said that she does not know what they asked her. She was beaten severely by Asghar Ali and his brother Mohammad Arshad and asked to give the money back. They arrested Parveen Bibi at their house and confined her in a dark room and warned to be locked if she is not telling about money.

Meanwhile Asghar Ali lodged at the local police station Kamoki FIR no. 506/19 offence under section 381 PPC against Parveen Bibi and 3 others on September 26, 2019. Police in civil arrested 4 family members including Parveen Bibi, Aslam Masih, Salman Bhatti and Khalid Masih and bring them to the police station on September 30, 2019.

Within an hour police shifted arrested to an unknown place where they have been subjected to the physical and mental tortured. Some local relatives come across the details of happening, followed them to the police station. They become worried when they did not see Parveen Bibi and other in the police lockup.

The Station House Officer (SHO) was unaware of the people arrested. Relatives tried to find the whereabouts of Parveen and others by approaching influenced political people and the church in Gujranwala but remained failed. Pastor Amir AD a senior Pastor of the Presbyterian Church Gujranwala city approached Christians’ True Spirit – CTS on October 2, 2019 through a telephone call reporting the severe situation and requested for help and assistance in this regard. Concerning the matter CTS made a phone call to the police station and inquired about Parveen Bibi about Parveen Bibi and other 3 arrested people. SHO assured the team that we can see them in the police station.

On October 03, 2019 CTS team headed by Katherine Sapna Executive Director reached the local police station and saw Parveen Bibi, Aslam Masih, Khalid Masih and Salaman Bhatti. The SHO said that police has already dismissed the case FIR against the poor Christians because there is no recovery of the alleged robbery.

CTS team met the victims at their and found them pressurized, frightened and worried; they were silent but their eyes telling how they are miserable. Parveen Bibi was in severe mental shock, unable to tell her story. She showed the team her body marks of beating by male police and her feet injured due to torture. She said that she was not given food for three days and when she was thirsty, forced to drink urine.

Saima Bibi one of the local relatives is working at the house of an influenced Muslim named Sheikh Hafeez’s. He has a hospital for the disadvantaged and also has an NGO for the public welfare. Saima requested Sheikh Hafeez for help to this family, so he was a great source of practical support to this family in releasing them from the theft case accusations. It was noted that the complainant has found money at his own house already.

The moment Police has closed the case; but the family is still under pressure. Neither they are willing to take any action against police for torturing the family in the separate cell and illtreatment nor the complainant of the FIR Asghar Ali for registration of the fake FIR. The family is in contact with CTS but they are too much afraid because of what they gone through.