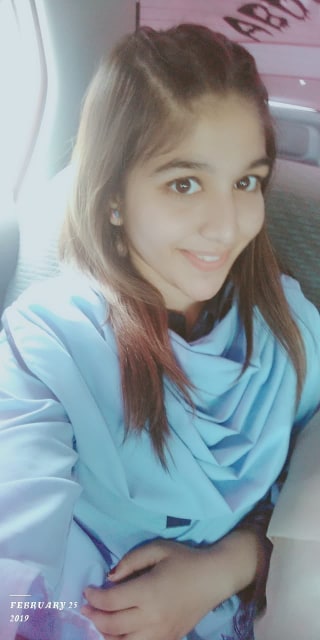 Sargodha: October 11, 2019. (PCP) A Christian girl from Sargodha was abducted and forced converted to Islam to marry by a Muslim man. Laiba Shahzad was taken by Imran Haider (24) to an unknown location after being dropped off to school by her rickshaw driver.

In a statement the rickshaw driver said that early on Tuesday 16th July 2019 he left the 9th grade Grammar school student as usual on the street corner near her Mission Grammar Private School. Laiba however failed to return home later that day.

When she failed to return home, the family became worried and contacted the driver who confirmed delivery of Laiba to school that morning. He also explained that he had waited for her after school to take her home again but she never came out.

The school later confirmed to the parents that Laiba had not been present for the whole school day, prompting her family to notify Cantt Police Station where an officer completed an FIR (First information report).

Laiba’s mother, Venus Angela (38), informed police that she received a call from an unknown number the following day, During the call a sobbing Laiba told Venus that she was now married and had accepted Islam before hanging up on the call.

The police later traced the mobile sim to a Mr. Imran Haider but found his house, in Hamid Town, empty when they went to investigate. Neighbours confirmed that Mr. Haider had already been married and that he has two children.

A recorded statement given by Laiba under duress stated that her own family had accepted Islam and she in fact willingly took part in a Muslim marriage, was submitted to Sarghoda Session Court on the 18 July 2019 as evidence. After the hearing the sobbing teenager was taken by her new Muslim family without being given the chance to say goodbye to her mother.

Judicial Magistrate, Raja Ali Raza however ordered for the appearance of both the parties on 29th July 2019 for further evidence hearing.

On the 22nd July 2019 Laiba’s mother received a Muslim Marriage Certificate (Nikkah Nama) for Laiba and a Certificate of Accepting Islam through the post confirming the marriage took place 151 km away.

The family proceeded to visit the mosque where the wedding took place along with the police and presented the Mosque officials with Laiba’s true birth certificate showing her real age of 14 years.

The Moulvi (Islamic religious leader) who performed the Nikkah wedding told the police that he believed Laiba’s age to be 18 when he saw, what is now proved to be, a fake birth certificate. On the evidence provided he immediately cancelled the Nikkah and sent it to Sarghoda Court.

Neither Mr. Haider nor any of his family made an appearance at the court hearing on the 29th July 2019 and they have ignored all subsequent court orders seeking their appearance over the last 2 months.

BPCA Advocate Tahir Naveed met with the District Superintendent Police (DSP) on 19th September 2019 who confirmed the cancellation of the wedding by issuing a letter to the Nikkah registrar Mohammad Aslam.

Imran Haider had been summoned to bring Laiba to Sarghoda Cantt Police Station on 28th September 2019 with a demand for return of Laiba. He is now been officially listed as a criminal and an all-points bulletin has been prepared as a manhunt begins.

Venus Angela, a beautician, says that she is devastated by the whole incident and requests justice for her daughter. Struggling as a single parent after her husband of two years left her for another woman, she is currently being supported by BACA and we are also paying for all costs for their legal counsel as we challenge for Laiba's return.

Juliet Chowdhry, Trustee for the BACA, said: "It is no surprise that Christian girls are being abducted, rape and forced into Islamic marriage.

"After all, a 2014 report by Islamic NGO 'Movemnet of Solidarity and Peace estimated 700 Christian girls suffer in this way every year.

"What is surprising is the immediate response by the police who have requested the return of Laiba based on her age.

"Laws have always existed to protect Christian females but are rarely enacted.

"By equipping the family with a legal counsel BACA have been able to thwart usual police apathy...

"Lessons have to be learnt here and we will continue to reach out to affected families as expediently as possible as we pursue change in Pakistan."