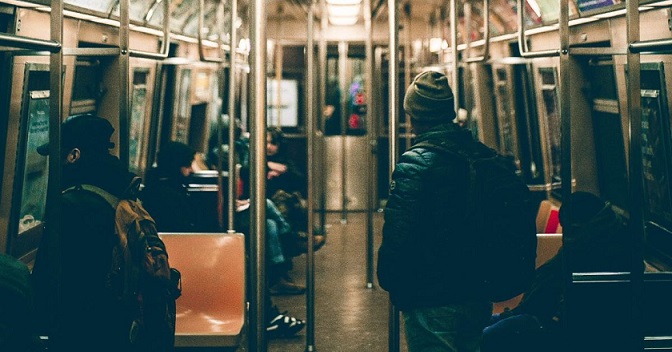 Washington DC: November 5, 2019. (ChristianHeadlines) An elderly man preaching the gospel was seriously injured on a New York subway when a woman attacked him with her stiletto heel.

“He didn’t say anything to hurt anyone, he wasn’t even loud, you could barely hear him talk but this is what he got in return,” said an Instagram user, @f.u.n.m.i.k.e., who recorded the incident, according to CBS 2 New York.

Police say the 79-year-old man was riding on the southbound 2-train near Times Square on Oct. 24 when the attack happened. The man stood in the middle of the aisle with a Bible and shared his faith.

But a woman, who has yet to be identified, walked up to him and started to scream. The confrontation increased quickly and she took off her heel and beat the man. The attack left a gash on his head that took 30 stitches to close.

The aftermath of the attack was caught on video and showed the elderly man in shock. A passenger asked him to sit and helped him with his wounds. Shouting can be heard in the background.

According to the Instagram user, the attack occurred by a transgender woman.

“This old man right here was just singing some gospel songs and sharing the word of god to people on the train, he didn’t say anything to hurt anyone, he wasn’t even loud, you could barely hear him talk but this is what he got in return from a transgendered lady who hit him on the head with her heels, threw his Bible away and no one didn’t do anything to help but to look at this old man bleed” the post said. “It’s just so annoying because this old man was far away from her…I was just so mad and I felt I needed to do something to help him because he was bleeding too much.”

The woman fled the subway after the attack and the injured man was treated at NYU Hospital.