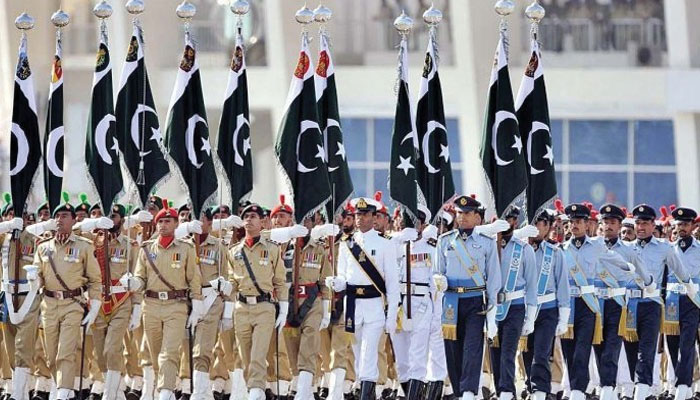 Faisalabad: (PCP) Professor Anjum James Paul, Chairman Pakistan Minorities Teachers’ Association received feedback from the President of Pakistan’s Secretariat Islamabad, Control Number 2610/2019 dated 31 December 2019 on his letter dated June 24, 2019 on the subject “Faith Based Discrimination of Christians in the Recruitment”. The President’s secretariat asked the Secretary Defence, Federal Ministry of Defence, government of Pakistan on July 11, 2019 to look into the matter for appropriate action as per rule/policy and action finalized be intimated to all concerned. The matter was referred to the General Headquarters (GHQ) and that has submitted that the advertisement was an over-sight which has been corrected for future enrolment. The Federal Ministry of Defence replied to the Presidents Secretariat on 3 December 2019.

Pakistani religious minorities are constitutionally facing challenges of equal citizenship, equal rights and equal opportunities. Due to religious persecution being minority their lives, beliefs, families and properties are always at risk. Pakistani education system has accelerated violence, intolerance, hatred and extremism through the language and images of the textbooks in general in the society and particularly against Pakistani non- Islamic religions and non-Muslims. PMTA is making efforts since 2004 for education reforms through advocacy, lobbying and analyses on the textbooks of Pakistan to promote diversity and peaceful coexistence. PMTA has a number of success stories in this regard.

Professor Anjum James Paul is continuously working on issues of minorities in Pakistan from years and approaching government of Pakistan respectively for solutions.

The major work performed by Professor Anjum is on text books in school and colleges of Pakistan where history is distorted and religion is targeted.

He approached Supreme Court of Pakistan for resolution of persecution issues of minorities and achieved relief on human right situation for minorities in Pakistan.