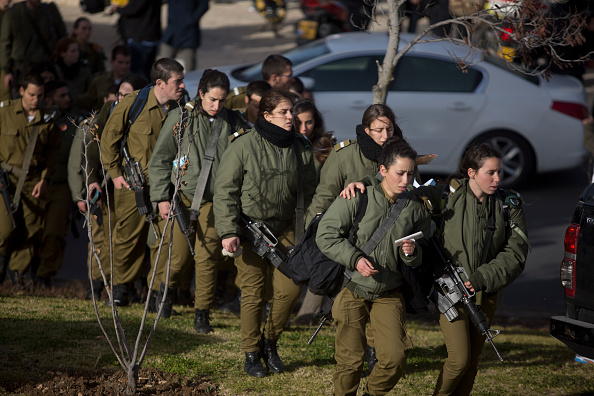 The five-year "Momentum" plan is designed to increase the IDF's capabilities sevenfold. Defense Minister Naftali Bennett explains that it "puts the principle of victory back at the top of the list of priorities."

The IDF's paradigm-shift is the culmination of over three years' work in Israel. MEF has inspired a non-partisan national movement through intensive contacts with senior policy-makers; the Knesset Israel Victory Caucus; hosting conferences; hundreds of media engagements; public campaigns; and grassroots outreach.

This development builds on then-Defense Minister Avigdor Liberman, who noted that, "Victory is ... the most important value" in choosing Israel's next army chief.

He went on to appoint Lt. Gen. Aviv Kochavi who, in his first speech as IDF chief-of-staff in February 2019 announced that "Victory and mission focus are our main values." Gen. Kohavi then proceeded to arrange a "Victory Seminar" to ascertain how Israel can "win a clear, decisive, irrefutable victory in the next war it fights."

Messrs. Bennett and Liberman have praised our Israel Victory concept in private meetings, as have other senior officials across Israel's ideological spectrum.

On February 4, 2020, in an exclusive interview with MEF director Gregg Roman on MEF Radio, IDF spokesperson Lt. Col. Jonathan Conricus previewed the new IDF plan: "The Chief of Staff ... has been very clear that we have to re-evaluate and rethink how victory is achieved against terrorist organizations, and to be very clear and precise, how to achieve this."

The Forum's Israel Victory Project (IVP) started with an original idea that MEF president Daniel Pipes has developed since 1999, followed by a campaign launched in 2017. The idea is simple: Conflicts end only when one side is defeated, when it gives up its war goals, when its will to fight on collapses. This basic truth should also apply in the Israeli-Palestinian arenas. First victory, then peace.

"We have worked hard to reach this point," said Pipes. "But our work continues and will do so until the happy day when Jews living in Hebron have no more need for security than Arabs living in Nazareth."