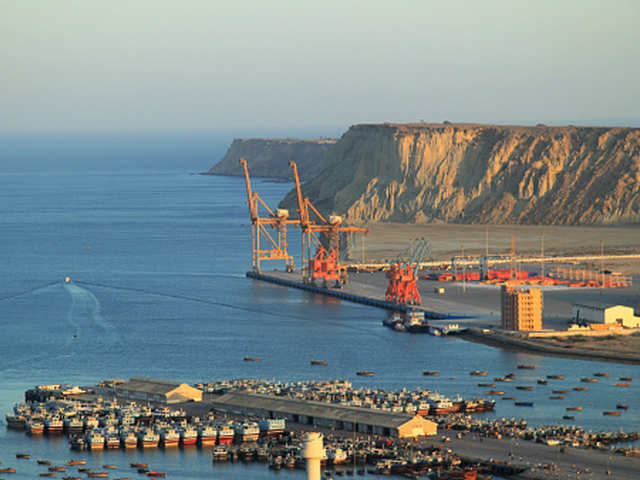 Pakistan: Predicted to become the region's most significant port in the coming years by investors and analysts, Gwadar is set to see a sharp increase in employment opportunities.

Several megaprojects highlighted in the city's master plan will provide sizeable employment opportunities for professionals across the region and the world, according to the masterplan of the city.

Gwadar is set to see a massive influx of skilled workers and high powered executives as it gears up to become the technological, industrial and high-tech service hub of South Asia. According to the recently released Gwadar smart port city master plan Gwadar's economic output is expected to exceed $30 Billion whilst creating up to 1.2 Million jobs for skilled workers and professionals.

The 75-page master plan document prepared by the Chinese state-owned company China Communications Construction Company in conjunction with Pakistan's Ministry of Planning, Development & Reform and Gwadar Development Authority chalks out an elaborate road map and plan on how Gwadar is to become the trade and economic hub of South Asia with fresh economic opportunities for investors, developers, and people from all walks of life.

Megaprojects include a $5 billion investment into Gwadar's power sector with 15 new power plants, $1 billion invested into generating 700,000 m3 of freshwater per day through desalination plants, a man-made island, a central business district and Pakistan's tallest building. All these projects will be completed with the help of world-class professionals and labourers who seek to build the next Dubai, only bigger and better.

Strategically located on the shores of the Arabian Sea, Gwadar is considered by multiple investors to become a major global trading destination in the coming decades. With Gwadar being an integral part of China's Belt and Road initiative as well the the $65 billion CPEC, investors believe the port city has all the right ingredients to become a major global trade centre.

According to the recently released Gwadar Smart Port City Masterplan, the new Port City will see 83 Million tonnes of cargo throughout by 2030 and 192 Million tonnes in the long-term. This will lead to jobs and business opportunities in the multibillion-dollar shipping industry.

The rise in the demand for housing will also drive employment growth. Gwadar will require some 15,800 new homes by 2025, 47,600 by 2030 and 254,500 by 2050 according to the new Gwadar Smart City Master Plan. A tax-free haven with high technology industries, man-made islands, science and technology parks, 5* beach resorts, concert venues, exhibition centres, shopping malls and Pakistan's first 'weapon-free' city will see Gwadar economic output reach $30 billion per annum and population balloon to 2 million residents resulting in a mega shortage of housing.

The current supply of quality housing in Gwadar's is in the 100's at most and rental demand is burgeoning putting upward pressure on prices. With a ban on new NOC's for the last 5 years and limited supply within the private sector coming through we can expect to see a massive boom in property prices in Gwadar in the coming years.

In line with Pakistan and China's grand development plans for the Port City of Gwadar the city will be Pakistan's first weapon free city. The city is being developed under the highest of international standards to be an economic hub not only for Pakistan but for the region and for this reason a robust security environment will be developed to ensure security for foreigners and expats coming to Gwadar.

Pakistan's first dedicated high education centre and University City has been planned at the centre of Gwadar's new masterplan. Built as a city of the future along the highest of international standard's Gwadar will have a dedicated University City focussed on the technology and medical sectors enabling locals of Gwadar and the expected 2 Million population to educate themselves in the the most sophisticated environment.

Gwadar's new smart masterplan was under development for 6 years by China's stated owned company Fourth Harbor Engineering Investigation and Design Institute Co., Ltd a subsidiary of China Communications Construction Company Limited and the Government of Pakistan at the cost of $4 Million. The 75 page masterplan documents a detailed road map on how Gwadar will establish itself as South Asia's hub of trade, finance, tourism and industry.