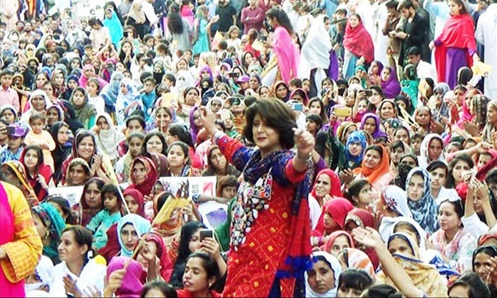 HYDERABAD: (By Abbas Kassar) Various pro-feminism organizations took out a big rally in upper Sindh city of Sukkur (known for its anti -feminism) and also notorious of being slaughter house for women because of the area infested and infected with tribal and feudal system.

Addressing the rally at press club speakers demanding right of freedom to women said women are facing anti-human atrocities including killing them under Karo-Kari(honor killing) ,giving in exchange for crimes of family males, cruelties under parenthood patronage, enforced marriages, domestic violence, social inequalities, keeping them out of education. They said in upper Sindh area no voice was raised before but now that women freedom voice has been raised and vowed to fight against deprivation and discrimination of women henceforth.