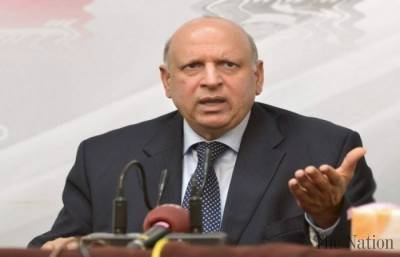 London: Punjab Governor Chaudhry Muhammad Sarwar has made teaching of the Quran with translation compulsory in all provincial universities.

He said it will be compulsory for students to attend the lecture, adding that Quran is a complete code of life and its better understanding will help in winning favour of God.

He added that it is the responsibility of universities to disseminate the knowledge of the Quran to the younger generation.

The Governor constituted a seven-member committee of vice-chancellors to submit its recommendations on how to make it part of the syllabus.

Feedback from all quarters will be discussed on May 17, and the committee will submit final recommendations on May 22.

The Punjab governor said the matter of reduction in university fee in the wake of coronavirus pandemic was also under consideration.

Nasir Saeed, Director CLAAS-UK, expressed his concern and said: “It is sad that for minorities, especially Christians who are living in large numbers in Punjab, their religious and fundamental rights are totally ignored.

“No alternative programme has been announced for non-Muslim students of Punjab Universities.”

He added: “Forcing compulsory teaching of the Holy Quran with Urdu translation against the will of non-Muslim students, and their parents, will have a negative impact on the non-Muslims students.

“It will promote bigotry and hatred against non-Muslims in Pakistani society, something which is already on the rise.”

He said it is sad that instead of promoting freedom of religion and belief, the government is forcing students to study religion.

Mr Saeed also said it is shameful that there are 11 minority MPs in the Punjab Assembly, and nine of them are Christians, but nobody raised their voice or is asking for an alternative programme for non-Muslim students.