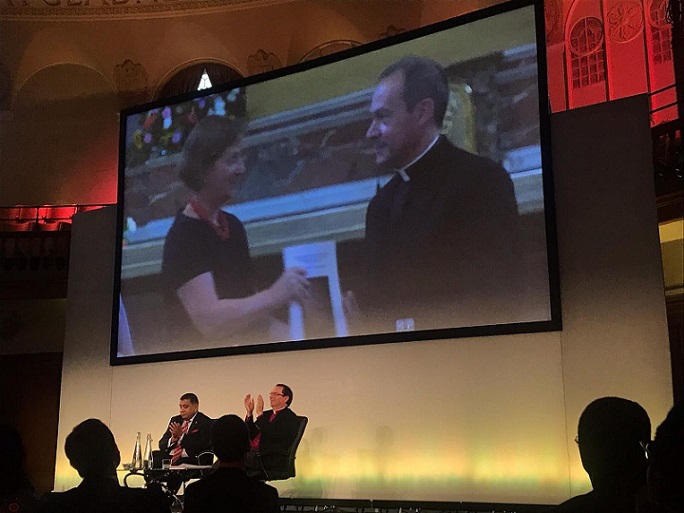 London: The UK government last week sought to project itself as the champion of religiously persecuted people worldwide when it announced its Global Human Rights sanctions regime targeting those involved in religious persecution. The announcement was made during a House of Lords webinar titled the 'Anniversary of the Launch of the Independent Review of FCO Support for Persecuted Christians' which was attended by Hannah Chowdhry from the BACA with around 600 other guests.

Foreign Secretary Dominic Raab sought to reassure the public and human rights organisations that “everyone, no matter their faith or belief, deserves to be able to live a free and safe life, wherever they are in the world”.

Unfortunately, even as he added that “our new global human rights regime will allow the UK to protect people of all religions, faiths and no belief against serious human rights violations and abuses”, refugee rights campaigners expressed their continuing concern that the same government’s Home Office, in keeping with its ‘hostile/compliant environment’ policy, continues to actually shut its doors and refuse to grant ‘refugee status’ to many Christians, Muslims, Hindus and targeted ‘Others’ fleeing the most extreme forms of religious/ethno-religious persecution in countries such as Pakistan and Sri Lanka.

Unfortunately, as the British Asian Christian Association and other concerned parliamentarians and human rights campaigners have discovered, the Home Office produces and relies on Country Policy and Information Notes (CPIN’s) that provide dangerously misleading guidance to refugee determination officers regarding the nature and extent of religious persecution in several countries.

This ‘guidance’ often seeks to deny that persecution, in general, is experienced by the groups under consideration. When placed within the existent ‘hostile environment’, Sile Reynolds, Senior Policy Advisor at Freedom from Torture additionally concludes that: “The 'hostile environment' approach has undoubtedly made it harder for asylum caseworkers to perform their functions to a standard that reflects the principle of refugee protection, the right to rehabilitation for torture survivors and respect for the rule of law”.

In a book we produced last year (‘Call it by its name: Persecution!’, authored by Desmond Fernandes, a former senior lecturer at De Montfort University, with an introduction by Lord Alton), we detailed the manner in which UK asylum determination case-workers who rely on the Pakistan: Christians and Christian converts (Version 3.0, September 2018) CPIN are dangerously mislead about key persecution assessments that have been made over the matter and instead are expected to draw upon Home Office guidance, assessments and conclusions that are deeply flawed and misleading. The CPIN misleadingly, for example, asserts that “Christians in Pakistan are a religious minority who, in general, suffer discrimination but this is not sufficient to amount to a real risk of persecution”.

Just four months ago, during a UK All-Party Group for Pakistani minorities meeting to commemorate the ninth anniversary of the assassination of Pakistan’s Minister for Minorities, Shahbaz Bhatti (who was assassinated for attempting to secure justice for religious minority people, including Asia Bibi, who were being persecuted), Lord Alton “said that if Pakistan’s authorities had failed to bring to justice the murderers of a government minister, what prospect of justice is there for people from beleaguered and persecuted minorities. He criticised the UK Home Office for not recognising the continuing attacks on minorities as persecution, but simply calling it discrimination … He said: ‘In recent years, the world observed how Asia Bibi fought for justice in Pakistan. [Falsely] accused of making blasphemous statements during an argument about drinking water from a well. She was acquitted last year after spending eight years on death row. Several months later, she managed to leave Pakistan in pursuit of a safe haven. I pay great tribute to Canada for providing sanctuary – unlike the UK and other countries who shamefully turned their eyes away’”