HRFP urged for the construction of Hindus Temple in Islamabad 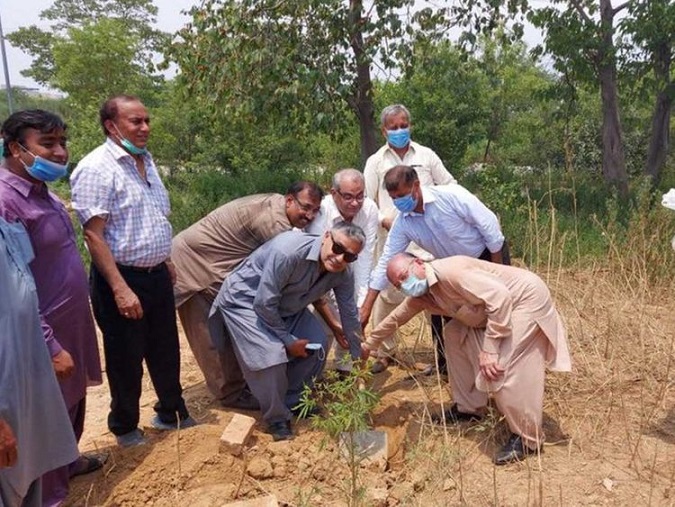 Faisalabad: Human Rights Focus Pakistan (HRFP) urged with deep concerns to construct the Hindu’s temple “Shri Krishana Mandir Complex” in Islamabad with usage of proposed government funds without any delay for pressure from the religious fundamentalists.

Naveed Walter president of HRFP condemned the negative propaganda against Hindus temple through social, print & electronic media and also through religious and political mediums. He said that the Hindu’s temple construction should be as normal as the Mosques and other worship places of all religions may construct in any country’s capital and areas around the world.

Naveed Walter added that if the one’s worship place is owned and funded by state then why the state adopted different policy for others? He said that the prayer & worship places are a basic right of every citizen and religious minorities including of Hindus residents in Islamabad and around. He said that at the time of partition in 1947, almost 23 percent of Pakistan's population was comprised of non-Muslim minorities citizens but today they declined to 5 percent and will go down further if the same discriminatory practices will be continued, he added more.

Naveed Walter questioned if the Hindus temple construction stopping does not meant that the country’s land ownership only belonged to extremists who could made decisions to permit for establish any temple, church, worship place or not? There are many same examples of not only about worship places , graveyards , community institutions but it has been seen severally in individual’s cases also as like the most recent issue of Nadeem Joseph a Christian man with family who murdered by his neighbors in Peshawar for just moving in his new house in Muslim’s area and was threatened to leave but on his bold stand on 4th June 2020 the perpetrators opened indiscriminate fire on Joseph, injuring him and his mother-in-law and both murdered, he added more.

Naveed Walter said the incidents with groups and individuals are differently happens although but the resemblance in mindsets looks same on their levels, he added.