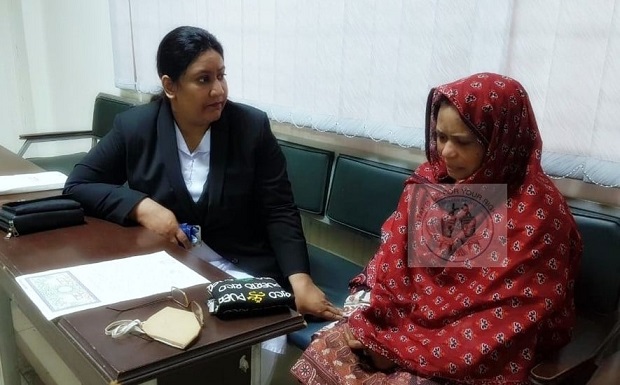 Peshawar: Aneeqa Maria Chief the Voice Society reports that “I am glad to share an update on Nadeem Joseph's case, a Christian in Peshawar who was persecuted about three months ago on the basis of his faith and was murdered brutally”

The Voice society have been providing free legal aid to the family and was assisting the matter in the court as the Culprits were absconded. Now with all our efforts and Peshawar Police's High-up's support the perpetrators were finally arrested today.

It is pertinent to mention here, that The Voice team and the family of Nadeem Joseph are under continuous threats by the perpetrators as they are record holding criminals and drug dealers.

Aneeqa Maria Advocate appeal “Please keep us in your prayers and pray for more power to Nadeem's family. without your prayers we are unable to fight against injustice”

Nadeem Joseph was shot and killed by a Muslim who was angry on Nadeem on buying Home in Muslim neighborhood and asked him to sell that property as Christian must live in areas designated for them only not in Muslim areas.

Mr. Joseph denied to sell his property to any Muslim and leave that are on which one Muslim shot him in broad day light and killed him.