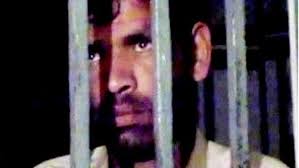 London: “I am writing to share with you that Sawan Masih, victim of blasphemy law has been acquitted yesterday, October 6th, 2020” His appeal was heard by the Divisional Bench presided by Mr. Shehbaz Ali Rizvi, and the final arguments were made by CLAAS’s lawyer Mr. Tahir Bashir.

CLAAS’ lawyer insisted that Sawan had been falsely implicated in this case with wrongful intentions by the land mafia.

Joseph Colony was set on fire because of claims blasphemy was committed and charges were levelled against Sawan. The defence lawyer also highlighted the fact there was a thirty-four-hour delay in the registration of an FIR and although the accusation was that Sawan made derogatory remarks against the Holy Prophet (PBUH), no actual remarks were added or mentioned in the FIR.  Also, the witnesses during the cross-examination had contradictory statements and they were not consistent in their remarks throughout the court trial.

The honourable judges heard both sides and reserved their judgment. At about 2:30 pm the court gave it judgment acquitting Sawan Masih of all charges.

CLAAS’s team is extremely proud and happy that after eight years of relentless efforts today our prayers were answered and justice was upheld. We are working for Sawan’s safe released from jail.

Dr. Nazir S Bhatt, President of Pakistan Christian Congress PCC have congratulated Sawan Masih on his release from jail after years and paid homage to CLAAS services for the victims of blasphemy in Islamic Republic of Pakistan.

Dr. Bhatti urged government of Pakistan to repeal blasphemy laws because it is used against Christian, Hindus and Ahmadi Muslims in Pakistan.

PCC Chief also expressed his anger on killing of one Ahmadi Community Professor in city of Peshawar by another Muslim professor on arguments on religion.

The Muslim professor of same college along with another man riding motorbike stopped car of Dr Naeemuddin Khatak and opened fire on him leaving dead. Professor was Ph.D in Zoology.

Jamaat-i-Ahmadiyya Pakistan spokesperson Saleemuddin said in a statement that Professor Khattak was killed due to his Ahmadi faith. He alleged that Naeem had faced threats and boycott in the past. “Over the past few months, there has been an increase in faith-based attacks on Ahmadis. In Peshawar, an organised hate campaign has been launched against Ahmadis which has resulted in the killing of Ahmadis,” he further added.

Dr. Nazir Bhatti demanded arrest of killers immediately and provide safety and security to the religious minorities in Pakistan.