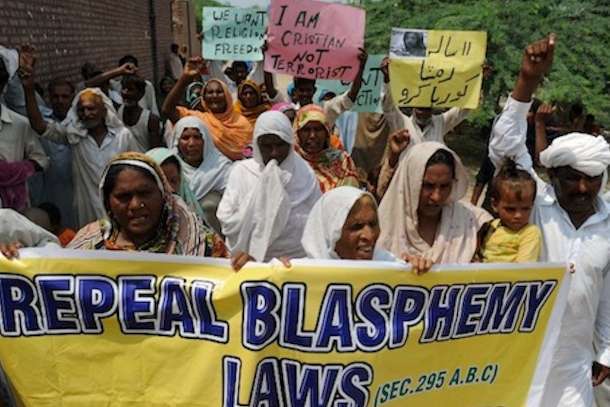 Parvez Akhtar’s cousin house where he was residing with family has possessed by the culprits through fabricated documentations and trappings.

Parvez’s Church Pastor Sohail brought him and family to HRFP office and asked for legal and other possible support which has initiated with urging authorities against that the possessions on personal properties and religious places of minorities are not a new issue, many individuals and the Churches, Hindu Temples have been possessed and such attempts and complaints are a common practice. The blackmailing, pressure, threats and involvement of religious and political elements made an easy target to minorities, the same is happening with Parvez Akhtar, HRFP added.

Gul Sher a driver of Shahbz Bhatti federal minister for minorities’ affairs assassinated on March 2nd, 2011 by Tehreek-e-Taliban Pakistan in Islamabad is facing highly depressed conditions with family. Being eye witness of Bhatti’s assassination, who survived the attack, fled to Thailand and filed an asylum case with the UNHCR for refugee status there. HRFP team fact findings the family by visiting their house and discussed about their present situation to assist by possible means they asked and Gul Sher required.

Anita bibi a housemaid is targeted with her family and daughters Mariam and Maria for an allegation of thefting gold’s ornaments from their employer’s home but the actual reasons behind such allegation are mostly the religious victimizations. Since Victor Masih son of Anita bibi visited HRFP office, their legal assistance with other supports is continue.

HRFP’s REAT Helpline receives around 1000 phone calls a year. HRFP’s Regional Coordinators, 210 Volunteers around the country, Networks, HRD’s and the victims by selves’ access to HRFP’s REAT Helpline (0800-09494) at HRFP office. During January-December 2020, the cases came to HRFP for immediate assistance are mostly about minority girls abductions, forced conversions and forced marriages, victimizations of discriminatory /blasphemy laws and practices, the blackmailing of domestic workers by employers alleging of thefting/robbery, the land grabbing issues, the minorities rising insecurity are the burning issue growing like wild fire, the sought assurance by authorities may minimize the violations, HRFP added more.