Malaysia: (Muslim Times) The High Court here has fixed March 19 to determine whether 39 individuals, including foreigners, who professed the Ahmadiyya belief are Muslims or otherwise.

“The parties have also been requested to file further affidavits , if required, within two weeks from today,” he told FMT.

On Aug 27 last year, a three-member Court of Appeal bench chaired by Badariah Sahamid sent back the case and ordered the High Court to ascertain the religious beliefs of the individuals.

Badariah, who has since retired, had said if they were Ahmadiyya by original faith, then the Selangor shariah court had no jurisdiction over them in the state.

She said should it be proven that they were following the faith after converting out of Islam, then the religious court had authority over them.

Badariah, who sat with Zabariah Mohd Yusof and Nor Bee Ariffin to hear appeals from the Selangor government and the religious authorities, said the information on the identity cards on the religious status of Malaysians was not conclusive proof of which faith one belonged to.

On July 6, 2018, Vazeer had ruled that the Selangor religious authorities had no right to stop religious activities of the Ahmadiyya community, who follow a sect which Muslims generally regard as being outside the fold of Islam.

The judge also ruled that JAIS had no right to bring charges against members of the sect for violating a state fatwa against Ahmadiyya teachings.

The group, including 20 Malaysians, eight Pakistani asylum seekers, two Indian nationals and an Indonesian, who were performing Friday prayers on April 11, 2014 at the community centre at Batu Caves, Selangor, had challenged JAIS for trying to charge them with shariah offences, on the basis that Islamic authorities in Selangor do not recognise Ahmadiyya as Muslims.

They were informed that they had not obtained written permission to use the premises – a shoplot at Dolomite Park, Batu Caves – for purposes which may only be carried out on, in or by a mosque, contrary to Section 97 of the Administration of the Religion of Islam (State of Selangor) Enactment 2003. 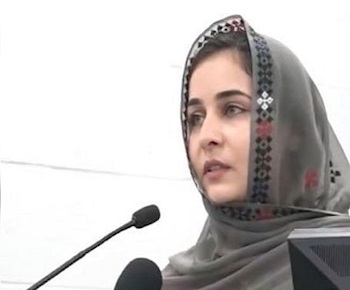 The killing of Pakistani dissidents abroad is a dangerous trend that urgently needs to be arrested. EFSAS Commentary

The untimely and unexplained death this week of Karima Baloch, the 37-year-old Baloch activist who had fled to Canada to escape persecution at the