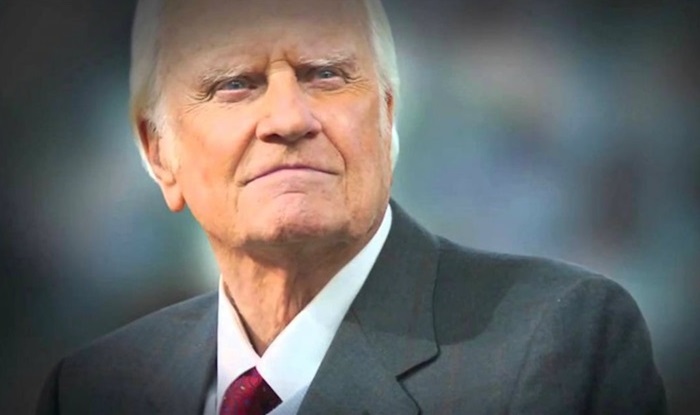 Washington DC: February 22, 2018. (John Paluska) Billy Graham is undoubtedly one of the most famous evangelists in history

There have been many evangelists over the years, but few have had to come to grips with the sin prevalent in this postmodern age during the course of making it their life's work to preach the good news of the gospel to all nations. Graham, from the young age of 24 has been used by God to preach the gospel to over 200 million people in over 180 countries and territories. However, if you asked 15-year-old Graham whether he would become a worldwide evangelist, his answer would surprise you. Originally, Graham detested Sunday services and preferred playing baseball. However, one day in 1934, a friend convinced him to attend a revival and he kept returning. Finally, at the young age of 15, Graham gave his heart to the Lord. "One night, when the invitation was given to accept Jesus, I just said, ‘Lord, I’m going.’ I knew I was headed in a new direction." That new direction led him to Florida Bible Institute (now named Trinity College of Florida), where Graham began studying theology. He continued his studies at the prestigious Wheaton College in Chicago. It was there that he met his wife, Ruth Bell Graham (then named Ruth McCue Bell) and they married in the summer of 1943. Following college, Billy Graham was a speaker for the Youth for Christ organization for two years, but it was in 1947 when he held his first evangelistic Crusade. However, it wasn't until his Los Angeles crusade in 1947 that Graham received any national attention. The "tent meetings" as they were called, were originally scheduled to last for three weeks, but due to a much higher than anticipated amount of interested individuals, the meetings were extended by an additional five weeks. Following this, the Billy Graham Evangelistic Association was incorporated in 1950, and Graham, along with a team of other evangelists, began spreading the gospel to as many places as possible. However, to summarize Graham's life by the volume of the attendees at his evangelistic crusades would be stopping short of all the Lord used him for. During the 1970s, he was an avid detractor of desegregation and racism, teaching that "Christianity is not a white man’s religion, and don’t let anybody ever tell you that it’s white or black." He also held desegregated crusades and declined speaking in South Africa until 1973, when his events could be integrated. In addition, Graham preached the gospel to people of all creeds and ethnicities and communist countries in the former Eastern Bloc and in China and Russia. In his personal affairs, Graham was very faithful to his wife, and would not even speak to a female alone in a room, to prevent even the slightest whispers of an affair. Whenever possible, Graham would only speak to women with his wife present, so that she and the world would know that he was not interested in passion outside of marriage. Dubbed the Billy Graham Rule, it was one of the aspects that became a staple of his integrity and ministry. In addition to his crusades, Graham has authored 34 books and his memoir, "Just As I Am," lasted for 18 weeks on the New York Times bestseller list. Graham will be joining his wife, Ruth, who died on June 14th, 2007 in heaven. He is survived by his sister, Jean Ford, three daughters: Gigi, Anne, and Ruth, and sons Franklin and Ned Graham. There is no official date for the memorial service at this time, but in lieu of flowers, donations can be made to the Billy Graham Evangelistic Association.