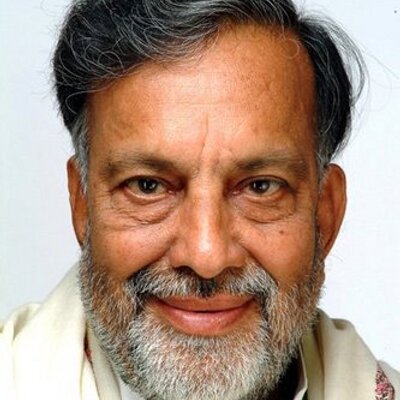 This is my privilege to address you a very urgent letter in 2019 with a hope and trust that Your Excellency will take my words as a captain of the team, so that the rivers of peace shall flow from New Delhi to Islamabad and vice versa. So that the two brotherly nations India & Pakistan shall live in peace with mutual trust in each other so that 70 decades old hatred generated by the colonial forces shall sink in the depth of the Indian Ocean. So that India & Pakistan would not purchase arms and ammunition from the colonial powers who sowed the seeds of conflicts which led to the division of Indian sub-continent n 1947.

There are sensitive issues which have been fomenting trouble and tension between the two brotherly nations since 1947 when India was divided.

2.    I would like to plead with the Prime Minister of Pakistan to show your courage also in dealing with Pak illegal occupation of Gilgit-Baltistan which was forcibly occupied by Pakistan in 1948. This area comprising nearly 32,000 sq. miles of territory has been under the illegal occupation of Pakistan since 1948. This is very important to note that this Gilgit-Baltistan which formed integral part of J&K was not united by Pakistan with POK what Pakistan has been calling an ‘Azad Kashmir’ comprising of 5500 sq. miles of territory.  Pakistan has integrated this territory of J&K in contravention of its commitment before the Security Council of the United Nations in 1948. When Pakistan & India both signed the agreement/UN Proposal in 1948.

3.    I would like to urge Pak Prime Minister that Pakistan should withdraw all its armies and illegally settled persons from Gilgit-Baltistan to follow the Security Council Resolution and further withdraw its armies from entire territory of POK. This is the way to restore peace between two brotherly nations. This act of the Prime Minister of Pakistan shall give him an opportunity to seek Nobel Peace Prize in 2019 and citizens of India & Pakistan shall live in peace and harmony for all the times.

4.    I convey to the Hon’ble Mr. Imran Khan Sahib, the Prime Minister of Pakistan that India & Pakistan are two brotherly nations and this is an opportunity to resolve any past or existing conflict between India & Pakistan. India & Pakistan do not need bombs or borrowed guns or swords. War is no solution to resolve any conflict in the modern era which is under the control of nuclear arsenals. India & Pakistan may lead the world peace movement with a mission for disarmament so that peace shall rule the world. They can stop jointly the race of armament only when both shall take up the world peace movement together. Because, the ancient & the oldest history of Bharata/India when the people of present India & Pakistan were one nation, one people and had fought many odds together against British Empire, Spain, Portugal, Greece, Mughals and several other foreign invaders, so India & Pakistan can demonstrate a new movement for creating a new era with peace initiative for the entire world.

I appreciate your gesture to hold talks with India to seek peaceful settlement of all issues. Keep it up. Keep firm on your resolution to resolve all issues through talks by sitting a round table.  Let them (Big Powers) dump the nuclear arsenals in the depth of the Arabian Ocean and join the peace movement so that the entire world shall live in peace and harmony.. This is what I feel today after watching your courageous stand vis-à-vis an Indian Pilot’s safe return.