NPP’s tributes to Indira Gandhi on her 102nd birth anniversary 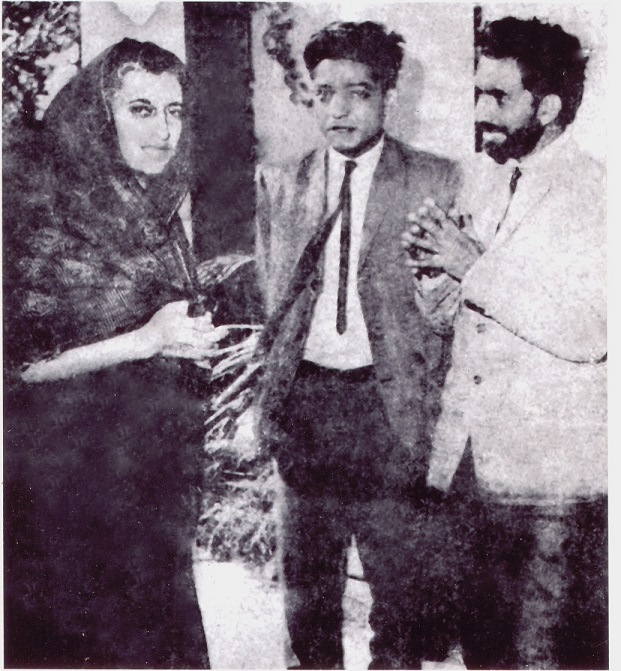 She was an angel of peace and brotherhood.

New Delhi: November 19, 2019. (PCP) Prof. Bhim Singh, the Chief Patron of NPP, Sr. Executive Member of Supreme Court Bar Association & Executive Chairman of State Legal Aid Committee on the occasion of Mrs. Indira Gandhi’s 102nd birth anniversary described her as a highly visionary leader at international platform who had demonstrated courage and wisdom in her victory as well as in her defeat. He recollected his meetings, interactions, confrontations & political participation in meetings with Mrs. Indira Gandhi before emergency, during emergency and after her defeat in 1977. She was an angel of peace and brotherhood, he felt.

He said that his first meeting with Mrs. Gandhi was in 1963 at Talkotra Gardens, New Delhi during the Xth Youth Festival of India when Bhim Singh was participant who raised some issue on J&K after Nehru ji’s speech.  Nehru ji told Indira ji to pacify Bhim Singh. It was Mrs. Gandhi in 1966, who protected him and his colleagues/student leaders from Jammu when they reached Delhi to seek her intervention for support in connection with killings of four student leaders in Jammu by the J&K police. It was she who got Mukherjee Commission constituted to enquire into police firing and killings of four students in Jammu in 1966. Jammu movement was led by Bhim Singh, Chief Organiser of Students Congress in support of the demands of the Jammu students for a separate university, engineering and medical colleges etc.

Bhim Singh was student of Aligarh Muslim University who was part of AMU delegation to the Youth Festival. He remembers that it were she who got him appointed as Youth Congress President of J&K State in 1973 with clear instructions that he should be allowed to mobilize youth against corruption when Bhim Singh had returned from world tour and met Mrs. Gandhi at her residence. He remembered that it was Mrs. Indira Gandhi who got him work in Indian Youth Congress in New Delhi when he was expelled by J&K Pradesh Congress in 1974. He said that it was she who got him work as a Secretary of National Legal Aid Committee when he resigned from the Youth Congress following political differences with Sanjay Gandhi in 1975. He said that it was she who stood by his 20-point programme for the youth of the country during Emergency. His (Bhim Singh) slogan, ‘Talk less and work more’ adopted by several political organizations since then. It were she who got him Congress mandate from Chenani Assembly Constituency in J&K in spite of the total opposition by the State Congress leaders in 1977. He said that Mrs. Gandhi in spite of his political confrontation with J&K Congress offered him number two position in G.M. Shah’s government in 1984 which he refused. Bhim Singh was the only non-Congress (Panthers Party MLA) from Jammu Pradesh in 1983 Assembly polls when he defeated Congress & National Conference candidates.

Bhim Singh said that had Mrs. Gandhi survived, J&K’s so-called problems would have been settled long time back. He said that she braved CIA attacks against her and did not budge an inch even when Foreign Secretary of USA, Henry Kissinger, abused her in person. He called it the greatest tragedy in the history of India that a highly popular leader and sitting Prime Minister, Mrs. Indira Gandhi was martyred in her own house by her own security guards. The preamble of Indian Constitution was updated as Sovereign Socialist Secular Democratic Republic of India under Indira Gandhi’s leadership by Parliament in 1976.

Prof. Bhim Singh called on the youth and students of the country to take inspirations from Mrs. Gandhi’s life and her contributions to join ‘Ultimate Revolution’ to save this country from a disaster, communalism, corruption and divisive forces. Indo-Pak conflicts vis-à-vis Jammu and Kashmir shall be resolved when India and Pakistan shall stick to the Shimla Agreement in 1972. She was among the tallest world leaders who stood for universal peace and brotherhood and complete disarmament to ensure world peace.