Corruption, Jan Lokpal Bill and the Rule of Law. By Navaid Hamid 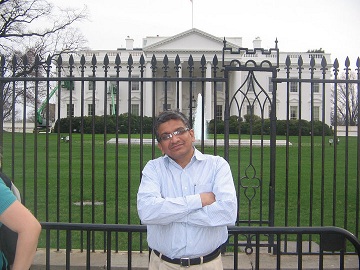 Corruption has become a major of issue of concern for a good number of Indians in last few years. The major scandals of recent past has shaken the ordinary people. But are we, as citizens, serious to confront this menance once for all ? This needs to be understand with an open mind.
Those who believes that corruption is a recent phenomenon lives in illusions. 'Bhishma Pitamah' of Indian politics, Chanakya had commented, "Corruption and governance are like the fish and water". A political strategist, who commands such large following since centuries in India and is considered as a political ideal by majority of the politicians and by those who are part of the governance, needs to be commended for his transparent and factual position in Indian ruling class on this important issue.
The question arises who is not corrupt? For me any body who got an opportunity to exploit the entrusted trust and loopholes of system in one's own favor but refused to be tempted by the greed and lust is a person of integrity. An individual who had never got an opportunity to indulge in corruption can be a person of integrity only till he gets the chance to prove otherwise.
In last quarter of century the issue of corruption has just become an issue of politics. All those who have political aspirations had exploited the issue to get either prominence or political power. Unfortunately majority of these voices had exposed themselves to be not more than that of those bubbles which have exploded before taking the issue to a decisive stage.
With the rise of Indian middle class, the country unfortunately has seen the rise in corruption. To an estimate every 12th house in posh localities of Delhi and every 10th Industrial unit, big or small, in Delhi had in past or still indulges in electricity thefts. While traveling in public transport buses, one would usually listen from a good number of ticket less commuters, the word 'Staff', in case of their being confronted by the ticket checkers. These self proclaimed 'staff members' are even ready to react violently if pursued to give fine or advised to purchase tickets.
Majority of the Indian newspapers furnish frivolous data to be bracketed into the category of maximum rate slabs to get government advertisements. The menance of paid news have reached to an alarming proportions and innocent Indians are forced to see and understand what the paid journalists and electronic channels tends to educate and show.
One would be amused to see an advertisement of a tender being invited by the government departments for goods and work projects in newspapers. Most of the times, the cost of the advertisements surpassed the estimated cost of the goods or work. Also, if one minutely follows tender advertisements, the inviting department announces the estimate cost of the goods or that of the work in the announced tenders. There have been known instances when the tender inviting departments has raised the cost of the goods or work in collision with the suppliers and the contractors but if one follows the tender mafia minutely there are more ways to plunder the taxpayers than that of raising the cost of the goods or work. Most of the times the tenders are awarded below the announced estimated cost too. It is difficult to understand, how government officials who had announced calculated estimated cost of the goods or work, issues supply or work/contract orders below the estimated costs. If a km of road stretch is estimated to cost a million of rupees is awarded to a tenderer who had offered to complete the project in less than the estimated cost, than the officer who had calculated the estimated cost needs to be grilled for his incompetence for calculating wrong estimate. No doubt, any tender below the estimate cost effects the quality of the goods and that of the project because its an open secret that the supplier of the contractor needs to grease the palm of every officer in the department beside keeping the concerned local politicians in good humour. Former PM, Late Shri Rajiv Gandhi had once rightly commented that only 15 percent of the sanctioned amount reaches the people.
The process to get permission to initiate the prosecution of the government officials and the ministers is near to impossible. Most of the times the higher ups sits on the files for the permission submitted by the investigating agencies. Governments irrespective of the political class, easily slowdown the process of prosecution or ensure that offenders are never prosecuted.
Between the period of 2005 - 2009 , on the recommendation of the Central Vigilance Commission, the premium institution to fight corruption at the central level, the Central Government had sanctioned in just 6 percent of the cases and remaining 94 percent of the cases were let off with departmental enquiries and minor penalties.
As per the records available of the period till 2010, the central government had not even responded to 236 requests of the investigating agencies to prosecute the public servants on corruption related charges. 66 percent of these 236 cases were pending before the central government for more than 3 months.