God is in control. By Pastor Bernard Schnee 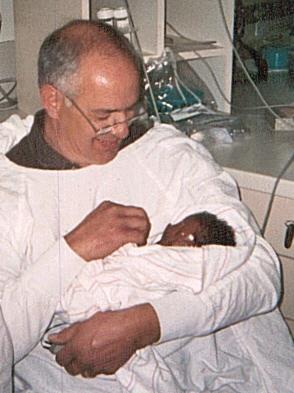 Today, the Lord sent me to you to fulfill His desire from your calls and cries as well as from your supplication but also from your praises and worship. Children of God living where you are right now, if you want to see the hand of the Lord removing your suffering, that you can go, just keep in your heart that no one controls God, no one will make Him fall even though they try, no one can even pretend to lead Him or deceive Him because, since the beginning and until the ones He has chosen dwells with Him forever, God will always be in control of our lives, He will always be in control of your destiny. If you feel captive today, listen to His messenger and just follow without asking; if you feel pressured and do not know how you can make it, just listen to His messenger and follow without asking. Participate in the making of your own freedom, participate in the ordinance of using your rights to truly believe; you will be able to see the wonders of His own words:” Now you shall see what I will do”.
Plant His seed, water it, sit back and watch it grow as truly I tell you:” God is in control”.
Now, to conclude this first part of God is in Control, in the event where some would be still doubting, I need to share the following with you. It is about how Peter was freed from a prison in which he was thrown.
Acts 12
1-“ Now about that time, Herod the king stretched out his hand to harass some from the church.
2- Then he killed James the brother of John with the sword.
3 - And because he saw that it pleases the Jews, he proceeded further to seize Peter also. Now it was during the Days of Unleavened Bread.
4- So, when he arrested him, he put him in prison, and delivered him to four squads is soldiers to keep him, intending to bring him before the people after the Passover.
5- Peter was therefore kept in prison, but constant prayer was offered for him by the church.
6- And when Herod was about to bring him out, that night Peter was sleeping, bound with two chains between two soldiers; and the guards before the door were keeping the prison.
7- Now behold, an angel of the Lord stood by him, and a light shone in the prison; and he struck Peter on the side and raised him up saying:” Arise quickly!” And his chains fell off his hands.
8- Then the angel said to him:” Gird yourself and tie on your sandals”; and so he did; and he said to him:” put on your garments and follow me.”
9- So he went out and followed him, and did not know that what was done by the angel was real, but thought he was seeing a vision.
10- When they passed the first and second guard posts, they came to the iron gate that leads to the city, which opened to them of its own accord; and they went out and went down one street, and immediately the angel departed from him.
11- And when Peter had come to himself, he said:” Now I know for certain that the Lord had sent His angel and delivered me from the hand of Herod and from all the expectation of the Jewish people.”
12- So, when he had considered this, he came to the house of Mary, the mother of John whose surname was Mark, where many were gathered together praying.
13- And as Peter knocked at the door o the gate, a girl named Rhoda came to answer.
14- When she recognized Peter’s voice, because of her gladness she did not opened the gate, but ran in and announced that Peter stood before the gate.
15- but they said to her, “You are beside yourself!” yet she kept insisting that it was so. So they said:” It is an angel”.
16- Now Peter continued knocking; and when they opened the door and saw him, they were astonished”.
Observe here: all this happened because of two major things: Peter’s confidence in the Lord but also, the gathering of the church constantly praying for him; people of true faith who understood and has only one thing in common: God is in control.
But, what is the control of God we are talking about? What is the definition of His control? The answer is too easy for us to sometimes realize it: The control of God is simply the love of God for all. His direction is not about punishment but about protection; His purpose is not about judgment but about peace; His commandment is not about strict rules but about a strict remembering of who He is. Our lifestyle should be based on what man calls the law of God as in reality, it is about the ultimate and highest respect that any child should follow.
God is in control and, because of the strength of these words, a strange warmth comes upon us, surrounding each one of us with an inexplicable feeling of peace.

Pastor Bernard
If you want to write to Pastor Bernard, you can email him at: info@thegreatwalk.org
If you wish to support his mission of peace around the world, you can send your contribution to:
First International Doer’s Ministries
P.O. Box 2066
Los Alamitos, CA, 9070 - USA