Balochistan a disputed territory of Pakistan. By Farooq Ahmad 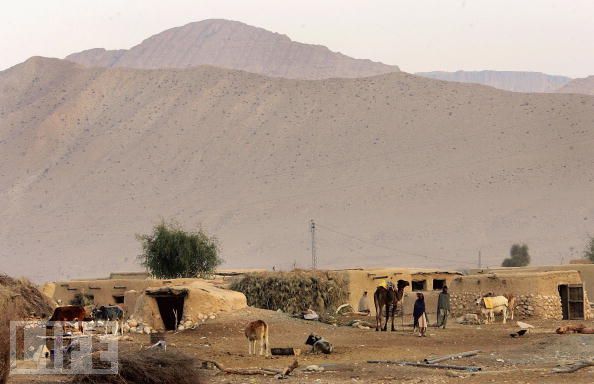 Balochistan: If referendum is the ultimate mechanism for resolution of the Kashmir conflict, then the same principle should apply to Balochistan, where the Pak security forces have brutally repressed the Baloch nationalist movement for more than two decades.

Balochistan, which is Pakistan’s western-most province is the largest of the country’s four provinces (44% of land area) and smallest in terms of population (5%). It has three distinct geographic regions – the belt comprising Hub, Lasbella and Khizdar in the east is heavily influenced by the city of Karachi; the coastal belt comprising Makran is dominated by the Gwadar Port, and; eastern Balochistan which is sparsely populated but home to the richest and largely untapped mineral deposits. It is this region where suppression of the Baloch population has been most prevalent. Balochistan is the gateway to Central Asia through South Asia and the gateway to West Asia through East Asia. It is also an important channel for the Middle East and Central Asia to the Far East. Such an important strategic position has always been a battleground for the military against separatist movements with territorial demands.

As per the Human Rights Watch, the human rights violations in Balochistan have reached epidemic proportions. The International Voice for Baloch Missing persons claimed in 2014 that 18,000 Balochis had been missing of which more than 2,000 were killed. The Pakistani security establishment should show greater respect for human rights in Balochistan by disbanding death squads, stopping extrajudicial executions and ending enforced disappearances. Serious negotiations and political solutions are impossible as long as these violations persist. The Baloch Liberation Army (BLA) led by Hyrbyr Marri stands for the independence of “greater Balochistan”, including Iranian and Afghan Baloch. Other Baloch organisations such as Baloch Republican Party (BRP), Baloch National Movement and Balochistan National Party have raised the issue of greater Balochistan from time to time.

The principle of self-determination should also be applied to Pashtunistan, the geographic region straddling parts of Pakistan, Afghanistan and western Iran which is inhabited by the Pashtuns. There are an estimated 50 million Pashtuns globally, of which 44,449,154 Pashtuns are in Pakistan (where they are the second largest linguistic group after Punjabis) and Afghanistan (where they are the largest ethnic group; 40-42% of the population).

For administration division in 1893, Mortimier Durand drew the Durand Line through Pashtunistan, which now forms the contested border between Afghanistan and Pakistan. Roughly, the Pashtun homeland stretches from areas south of the Amu Darya river in Afghanistan to the west of the Indus River in Pakistan, mainly consisting of southwestern, eastern and some northern and western districts of Afghanistan, and Khyber Pakhtunkhwa, FATA and northern Balochistan in Pakistan.

In 1947, Mirzali Khan (Faqir of Ipi), Bacha Khan and other Khudai Khidmatgars declared the Bannu Resolution, demanding that Pashtun be given a choice to have an independent state of Pashtunistan comprising all Pashtun majority territories of British India, instead of being made to join the new state of Pakistan. However, the British government refused to comply with the demand of this resolution. After independence, some Pashtuns proposed merging with Afghanistan or creating Pashtunistan as a sovereign state for the local Pashtun inhabitants in the area. However, Pakistan state has systematically suppressed the demand for a greater Pashtunistan over the years.

More recently, the Pashtun sentiment was galvanised following the killing of a Pashtun migrant worker Naqeebullah Mehsud in January 2018. This led to emergence of the Pashtun Tahafuz Movement (a.k.a Pashtun Protection Movement; formerly the Mehsud Tahafuz Movement) a social movement involving Pakistan’s Pashtun community who are protesting against discrimination and mistreatment of Pashtuns by Pak security forces including enforced disappearances, extrajudicial arrests and killings. The movement which is led by one Manzoor Pasheen comprises mostly young generation Pashtuns from the Mehsud, Wazir and Dawar subtribes of South and North Waziristan. Over the year, PTM held jalsas/congregation and events mainly in KP, FATA, Balochistan and Karachi. The Military Establishment responded with heavy-handed tactics, including arresting its leaders, use of threat and intimidation, physical threat to its rallies and demonstrations and media blackout of its activities. As a result of these tactics, the Pak Army has been able to quash the PTM movement to a large extent, although some of its leaders such as Mohsin Dawar and Ali Wazir have managed to enter the political fray in the July 2018 general elections.

Pashtuns have been used as a cannon fodder by the Pak state for the sake of its geostrategic objectives. The Pashtun-inhabited areas of FATA and KP have become a safe haven for terrorists that were nurtured by the Army/ISI. Consequently, the Pashtuns have been subjected to a war not of their making for the past three decades and subjected to violence. They have been repeatedly uprooted from their villages by the Pakistani authorities in the so-called War on Terror. It may be mentioned that since 2001, the Pak military has conducted 10 operations against militants in FATA, most recently in 2013 in North Waziristan which have displaced almost 2 million people. The absence of legal provisions and poor governance structures enabled the security forces to operate in the region with impunity. Use of draconian Frontier Crimes Regulation, especially its provision for collective punishment in the tribal areas and arbitrary exercise of powers by the Political Agents resulted in oppression of Pashtuns in the hands of the security forces.