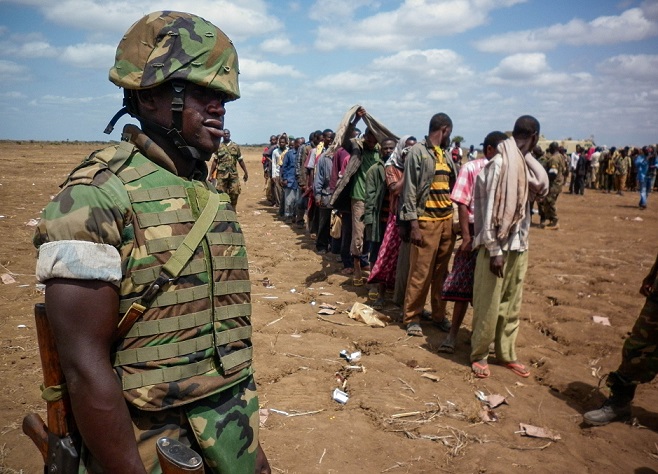 The Somalian terrorist organization al Shabaab recently explained that its attack at the DusitD2 hotel in Kenya on Jan. 15 was retaliation for U.S. policy in Israel. The group's statement claimed, "The Mujahideen carried out this operation ... [as] a response to the witless remarks of U.S. President Donald Trump and his declaration of Al Quds [the Arabic name for Jerusalem] as the capital of Israel."

Don't believe it. Al Shabaab has been killing civilians since its inception. To believe that any of its attacks are carried out "in response to" or "in retaliation for" specific events or policies is to misunderstand the nature of jihad warfare.

Inside Somalia, which, according to the State Department, is a "terrorist safe haven," al Shabaab targets government officials, the Somali National Army (SNA), forces with the African Union Mission in Somalia (AMISOM) — in short, everyone who tries to stop al Shabaab from taking over the country.

Outside of Somalia, it often chooses targets in Kenya, whose porous border with Somalia puts al Shabaab in close proximity to a Westernized, comparatively prosperous society in which Muslims and non-Muslims coexist. Islamic supremacists cannot tolerate such coexistence.

The DusitD2 attack followed a pattern: a small group of fighters ambushing civilians at a busy location. The attacks begin with AK-47s and grenades and often end with suicide bombs.

Al Shabaab often chooses "soft targets." In its attack at the Westgate Mall in Kenya in 2013, jihadis asked shoppers to prove they were Muslims by reciting verses from the Koran, sparing those who could and executing those who could not. In 2015, another soft target in Kenya was chosen when Garissa College was attacked. There, too, Muslim students were spared and Christians were killed in what al Shabaab called an "operation against the infidels."

The reason for these attacks is no mystery. They are part of a cohesive, understandable ideology that has nothing to do with where the U.S. Embassy in Israel is located or with Donald Trump.

Don't take my word for it. Al Qaeda and ISIS have been very clear. Osama bin Laden's October 2002 letter to the American people ("Why We Are Fighting You") pledges enduring enmity as long as the United States remains "a nation who, rather than ruling through the sharia of Allah, chooses to invent your own laws as you will and desire."

Bin Laden's thinking illustrates the doctrine of loyalty and enmity, which decrees that one belongs either to Dar al Islam (house of Islam) or Dar al Harb (house of war). No middle ground exists between co-religionist and eternal enemy. No amount of grievance-placating will change that.

More recently, ISIS provided a similar explanation in the 15th issue of its online magazine Dabiq, where an article titled "Why We Hate You & Why We Fight You" confirms there is no tit-for-tat logic behind jihadi violence.

The article begins by noting that shortly after Omar Mateen killed 49 people in 2016 and wounded 53 at Pulse nightclub in Orlando, Fla., many politicians denounced the attack as "a hate crime, an act of terrorism and an act of senseless violence." To this, the author responds: "A hate crime? Yes. Muslims undoubtedly hate liberalist sodomites. ... An act of terrorism? Yes. Muslims have been commanded to terrorize the disbelieving enemies of Allah. But an act of senseless violence?" No, he explains, such acts "make complete sense." In an apparent Shakespearean allusion, he claims: "There is a rhyme to our terrorism, warfare, ruthlessness and brutality."

The honesty is bold: "The fact is, even if you were to stop bombing us, imprisoning us, torturing us, vilifying us and usurping our lands, we would continue to hate you because our primary reason for hating you will not cease to exist until you embrace Islam. Even if you were to pay jizyah [a tax levied on non-Muslim subjects] and live under the authority of Islam in humiliation, we would continue to hate you."

It continues, "We fight you not simply to punish and deter you, but to bring you true freedom in this life and salvation in the Hereafter." This is not the kind of ideology that can be placated, because no compromise position is acceptable.

Jihad groups may make claims about the reasons for their attacks, but without one excuse another would be found.

So why did al Shabaab blame Trump? And why the sudden anti-Israel rhetoric? Perhaps someone in the group studying American politics has decided that an anti-Trump stance might garner sympathy or increase media coverage, widening the audience of its "propaganda by deed." Or maybe it was just a ploy to gain allies and donations from Arab nations. Whatever the reason, the DusitD2 attack would have occurred no matter where the U.S. Embassy in Israel is located.

(A.J. Caschetta is a principal lecturer at the Rochester Institute of Technology and a fellow at Campus Watch, a project of the Middle East Forum where he is a Ginsburg-Ingerman fellow)