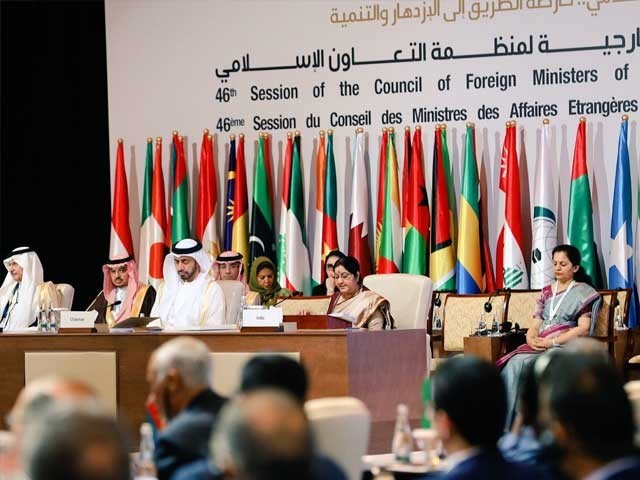 The recent coordinated counter-insurgency operations undertaken by the Indian and Myanmar armed forces against the banned Arakan Army (AA) and the National Socialist Council of Nagaland - Khaplang (NSCN-K) have, as per all accounts, been fairly successful. That such coordination was actually effectuated has introduced a refreshing whiff into the otherwise rancid malevolence and mindless violence that have dominated the security, especially the counter-terrorism, narrative in South Asia which has been plagued by unbridled sponsorship of terrorism by Pakistan as an instrument of State policy against its neighbours. It is noteworthy that Operation Sunrise was playing out on India’s north-eastern border with Myanmar even as a near war-like situation on India’s western border with Pakistan, brought about by a deadly attack by Pakistan-backed terrorists, was hogging the media limelight.

The backdrop to the coordinated counter-insurgency operation can be traced back to the gradual strengthening of the overall bilateral relationship between India and Myanmar over the last few years. A more sustained Indian interest in forging closer ties with Myanmar smoothly complemented misgivings in Myanmar about its stiflingly close relationship with China. Myanmar accused China of training, financing and supplying arms to ethnic insurgent outfits in Myanmar, including the Kokang rebel group. Suspension of China-funded projects by Myanmar and its growing ties with the United States (US) led to further strain in bilateral China - Myanmar ties. Meanwhile, a string of high-level bilateral visits by leaders of India and Myanmar to each other’s countries intensified and cemented relations. Myanmar’s then President Thein Sein visited India in October 2011 and November 2014; former Indian Prime Minister Manmohan Singh visited Myanmar in May 2012 and March 2014; and incumbent Prime Minister Narendra Modi visited Myanmar for the ASEAN summit in November 2014. High level bilateral visits have since continued.

The deepening of the India - Myanmar relationship in the political and security spheres has been more pronounced than in the economic field, despite tremendous potential existing. In 2015, responding to an attack by NSCN-K insurgents on an Indian Army convoy in the Chandel district of India’s Manipur state in which 18 soldiers were killed, in a daring cross-border operation India's Special Forces destroyed two NSCN-K camps in Myanmar, killing several insurgents. The message that India sought to convey through the cross-border operation got across clearly to the Myanmar leadership. As India’s Information Minister Rajyavardhan Singh Rathore put it, "Attacks on Indians are not acceptable. This is also a message to our neighbours who shelter terrorists". After some initial protestations by Myanmar against the cross-border operation, the two countries have since stepped up coordinated patrolling between their armies along the porous border to mount pressure on Indian insurgent groups operating in the region.

Soon thereafter, India's National Security Adviser Ajit Doval travelled to Myanmar and discussed security and counter-insurgency with Myanmar's top political and military leaders. The Myanmar leadership had assured Doval that it would not allow its territory to be used for anti-India activity, but had simultaneously conveyed its inability to police its rugged, mountainous borders adequately on account of lack of resources and because its army was stretched fighting bigger insurgencies in the Kachin, Kokang and Karen regions. Doval had assured the Myanmar leadership of all possible assistance, including sharing of real-time intelligence on the movement of insurgents. India also stepped up its military training and supplies to Myanmar. Following up on an agreement reached during Doval’s visit, a senior military delegation from Myanmar visited New Delhi to work out a strategy against insurgents operating along the Indo-Myanmar border.

By December last year, Indian security authorities were quoted in the media as describing military cooperation between India and Myanmar as being at its best. They highlighted that free movement of Indian insurgents in Myanmar had been stopped by the Myanmar security forces, and empathized with the technical issue that impeded the Myanmar government from flushing out the Indian insurgents. The government of Myanmar had entered into a ceasefire agreement with NSCN-K, and the Taga area in Myanmar’s Sagaing division had been marked as a ceasefire zone. The NSCN-K was headquartered in Taga and most of the estimated 500-odd Indian insurgents of the various north-eastern insurgent outfits such as the United Liberation Front of Asom - Independent (ULFA-I) and the National Democratic Front of Bodoland - Songbijit (NDFB-S) had taken refuge there.

The preparations for Operation Sunrise began in the middle of last year, and a number of meetings between security officials of the two countries were held. The actual planning for the coordinated operations began about two months ago. Intelligence reports had indicated that since 2017, hundreds of members of the AA, after receiving training from the Kachin Independent Army (KIA) that operates in areas bordering the Yunan province of China, began relocating to south Myanmar, close to the border with India’s Mizoram state. Predominantly a Buddhist insurgent group fighting for more autonomy for ethnic Rakhine Buddhists, a population that also stands accused of aiding the military in their expulsion of the Rohingyas, the AA was formed in 2009 in the Kachin state of Myanmar and had its headquarters in Laiza. Members of the group had in recent years moved to Myanmar’s Rakhine and Chin states and had established several bases there, including some close to the Kaladan Multi-Modal Transit Transport project that India is undertaking to connect its Kolkata port with Sittwe seaport in Myanmar. The project will provide an alternative route to and from India’s northeastern states and reduce pressure on the sensitive Siliguri corridor. The project will also connect Sittwe via an inland river system using the Kaladan river and highways to Zorinpui and Aizawl in Mizoram. The AA has carried out several ambushes that affected supplies for the project.

The AA is also part of the Northern Alliance in Myanmar — a conglomerate of four rebel groups comprising the Ta’ang National Liberation Army (TNLA), the Myanmar National Democratic Alliance Army (MNDAA) and the Kachin Independence Army (KIA), all of which have been linked to China in the past. The AA did not sign the Myanmar government’s Nationwide Ceasefire Agreement of 2015 with militant groups, and has been blamed for a string of attacks in Rakhine state since the beginning of this year. It was declared a terrorist organization after it killed 13 policemen in coordinated attacks in Rakhine on 4 January.

Under Operation Sunrise, the Myanmar Army carried out the actual operations against the AA between 17 February and 2 March, while the Indian Army provided back-up support by sealing the Myanmar - Mizoram border to prevent the insurgents from escaping into India. Over 10,000 Indian troops comprising army units and those of the paramilitary Assam Rifles were deployed along the Indo-Myanmar border for this purpose throughout the period of the operation. The Indian Army did not cross over into Myanmar but provided intelligence and mounted surveillance through helicopters and drones on its side. The Myanmar Army destroyed at least 12 AA camps and killed or drove away the militants holed up there.

Phase 2 of the operation involved the Myanmar Army undertaking “flushing out” operations against the camps of India-specific insurgent groups including NSCN (K), ULFA (I), NDFB (S) and other outfits in Taga. The media quoted an Indian security officer as saying that "A deal was cut out that after the action adjoining Mizoram the Myanmar Army will hit the insurgent camps of other groups that have been targeting India. This resulted in totally wiping out of Taga, the Headquarters of NSCN (K). Based on specific inputs provided by us the Myanmar Army hit these camps and is now occupying them". Media reports claimed that the Myanmar Army had taken more than a dozen leaders of the NSCN-K, which has been designated a terrorist organization by India, into custody.

Despite the historical realities and the ground situation on India’s western borders being different from that prevailing in India’s north-east, the coordinated operations by India and Myanmar theoretically do provide an effective template for countering the bane of terrorism in the west. More than the ground situation, though, it is the fundamental approach towards terrorism that is different on the western border. While the cooperation between India and Myanmar rested on the foundation of both countries treating insurgency as a common and incommodious threat, Pakistan on the western border views terrorists as its strategic assets that wage asymmetrical warfare on its behalf against India. Further, while India and Myanmar have both prioritized normalcy in relations and recognized the benefits of regional integration, especially in the economic sphere, such priorities seem to hold little meaning for Pakistan, which appears to base its entire existence on hostility towards India, no matter what the cost of such a constricted, suicidal worldview is. Unsurprisingly, Pakistan finds itself repeatedly self-destructing and is obligated to stoop to borrowing even for its day-to-day survival.

The choices made by India and Myanmar today, therefore, hold the promise of yielding rich dividends for both countries in times to come. The moot issue is the direction that Pakistan will take on its support for terrorism at a juncture when such support has almost led it into a potentially very damaging war with India.

Pakistan’s future could hinge on the choices that it makes now.