Prime Minister Modi’s stupendous victory in the age of the enlightened voter. EFSAS 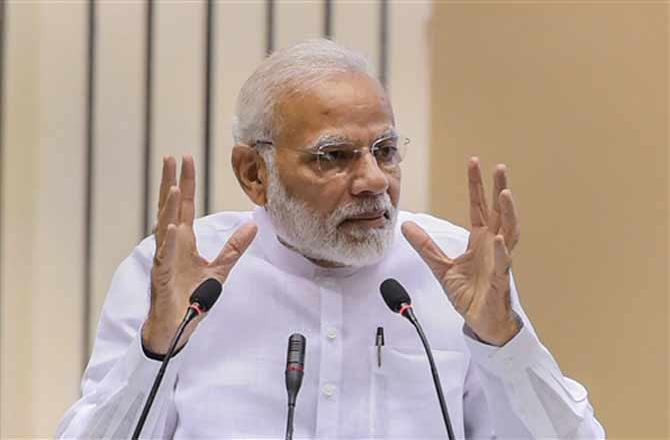 In its recently published article, “Prime Minister Modi’s stupendous victory in the age of the enlightened voter”, the European Foundation for South Asian Studies (EFSAS) describes how Prime Minister Modi proactively and relentlessly capitalized on the opportunity to demolish the Congress’ image in the eyes of the electorate ever since the party’s repute took a severe beating due to what was widely perceived as a policy paralysis, coupled with a series of alleged financial scams involving representatives of the government, during the last few years that it had been at the helm in New Delhi heading the United Progressive Alliance – II government. The Congress had no real answers, and it was not afforded any opportunity to recover from alleged scams and corruption and to storm back into power the next time around .

Modi virtually laid siege over the imagination and aspirations of a sizeable section of India’s population. His personal integrity contrasts vividly against the permissiveness of corruption that had appeared to hold sway under his preceding Congress dispensation. Modi’s handling of governance with an iron grip also shone bright in comparison to the laissez faire witnessed during the last leg of UPA-II.

EFSAS article analyses how it became absolutely clear that even the much targeted exit polls had been rather conservative in their estimation of the scale of the BJP’s victory on 23 May. By the end of the day the Election Commission of India announced that the BJP alone had secured 303 seats. The BJP’s allies in the NDA won a further 48 seats, bringing the coalition’s tally to 351. The scale of the BJP victory is put into perspective by the astounding fact that the once rampant Congress could not win even a single seat in as many as 17 of India’s 29 states, while the BJP made a clean sweep of all the seats in as many as 8 states.

EFSAS in addition explains how a number of factors were at play in earning the BJP a decisive victory. However, these factors merely served to complement Modi’s personal appeal and popularity, which more than anything else ensured that despite floundering economic growth, unemployment being at a record high, farm distress, the hastily implemented demonetization scheme that dealt a severe blow to the unorganized sector of the economy, the BJP catapulted back into power even stronger than it had been before.

The BJP evolved over the last five years under the potent combination of Modi and Amit Shah into a committed, aggressive, sharp-witted and effective political juggernaut. Under the indelible spell of these two leaders the party morphed from being a scantly supported Hindi heartland entity that could win a mere 2 seats in the 1984 General Elections to a pan-India phenomenon, one that is today the undisputed ruler of New Delhi.

It was, above all, the persona of Narendra Modi that won the BJP the 2019 General Elections. The larger-than-life image of him projected by the BJP in 2014, and ever since, achieved the desired effect. Modi assiduously maintained and garnished the image of the patriotic, hard-working and incorruptible leader who broke through the barriers of his humble origins to rub shoulders with, and comfortably outwit, those in the highest league who were born with silver spoons. His elevation of the country’s profile in the international arena and his decisive and robust response to Pakistan-sponsored terrorism won Modi the respect of a large section of the electorate, and consequently, their votes.

Furthermore, EFSAS deliberates on the internal and external challenges before the new government. The BJP’s election manifesto projected a massive capital investment of $1.44 trillion in infrastructure by 2024. Boosting manufacturing, doubling of exports, and tax cuts for the middle class also figured amongst its pledges. To the country’s farmers, Modi pledged to double their income by 2022. The challenge for the government would be to generate the huge funds that would be required to fulfil these pledges.

In the external sphere, Modi’s primary challenge would be in dealing with Pakistan. Modi continued to adopt a hard and aggressive outlook towards Pakistan in his campaign speeches in the run up to the 2019 elections. A volte-face post his resounding electoral victory runs the risk of being interpreted as weakness by sections of Modi’s supporters. The imperative of engaging Pakistan in the quest to find a lasting solution to the Jammu & Kashmir issue would, however, not be lost on Modi and his key advisers as he embarks on his second term.

EFSAS concludes in its article that Modi’s win was equally a reflection of the social churning and realignment of equations in India. The overpowering influence of the English-educated liberals  seems to have been brushed away by the predominantly Hindi-educated, religiously inclined and culturally-conscious majority. Modi’s repeated attacks targeting  Rahul Gandhi as an entitled dynast was aimed at branding him as the emblem of the entitled class that Modi alleged was responsible for all the ills that were plaguing the country. Modi cleverly contrasted this with his own humble beginnings as a tea seller, thereby immediately and automatically creating a strong psychological affinity with the bulk of India’s less privileged masses.

The people of India have chosen the path that they wish to tread on. It is now Modi’s turn to steer the vehicle in this direction by ensuring a strong but inclusive, reforms-oriented and yet welfare conscious, regime.