In the absence of adequate addressal of radicalization and terrorism in South Asia, objectives of the SCO will remain mere illusions. EFSAS 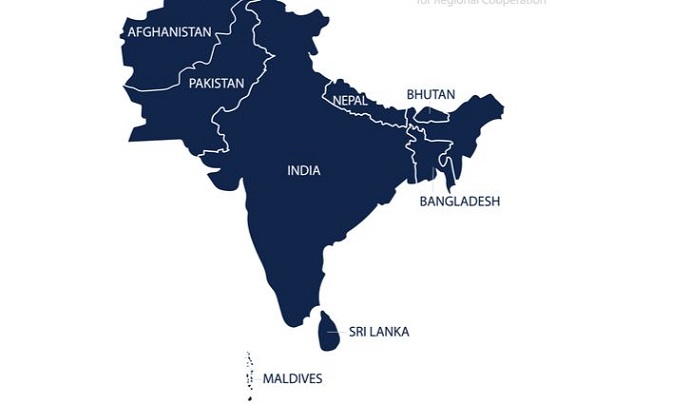 In its recently published commentary, “In the absence of adequate addressal of radicalization and terrorism in South Asia, objectives of the SCO will remain mere illusions”, the European Foundation for South Asian Studies (EFSAS) comments on the Shanghai Cooperation Organisation (SCO) 2019 summit, which took place on 13 and 14 June in the capital of Kyrgyzstan, Bishkek, that marks the expeditious rise of the once inconspicuous inter-governmental political, economic and security alliance, that is currently at the forefront of formulating and enacting the Eurasian grand geo-political strategy, countering western interference and influence.

EFSAS describes how China and Russia also appear closer than ever, the relation between which is currently at its apogee, with numerous exchanges of gestures of affection and friendship, negating any fears of a power struggle between Moscow and Beijing and illustrating how the growing bonhomie of the two could give more weight and potency to the SCO.

Furthermore, EFSAS deliberates on the recent rapprochement between Russia and Pakistan that unsurprisingly triggered Indian fears and apprehensions of having the years-long cordial relationship of Kremlin and New Delhi negatively affected. Similarly, Russia has observed with concern the growing Indo-US strategic partnership, particularly in the field of defence. Yet, what one might perceive as a major friction between the two nations is in reality nothing more than a manifestation of the transactional nature of their relationships with Pakistan and the US, respectively. What the two countries must understand is that Moscow’s newly established partnership with Islamabad does not come at the expense of, neither is it aimed against, India; likewise, India’s relationship with the US does not jeopardise its dealings with Russia. Such analysis of the contemporary (South) Asian geopolitical landscape would appear oblivious to the numerous nuances and sensitivities in the foreign policies of the countries involved.

In addition, EFSAS explains how Russia finds itself in a conundrum; asking for how long will the country be able to maintain its, somewhat, silent policy vis-à-vis Jammu & Kashmir, especially regarding growing Pakistan-sponsored terrorism and fundamentalism in the region. The more, when India, China and Pakistan are all, currently members of the SCO, which declares as its major objectives, the design and implementation of effective counter-terrorism strategies and assurance of peace and security among its members. For those purposes, the SCO even established a specific body responsible for the coordination of relevant counter-terrorism activities and intelligence sharing, called the Regional Anti-Terrorist Structure (RATS).

Although in the Central Asian Republics, RATS has proven to be largely successful in terms of thwarting terrorist activities and fighting cross-border extremist organisations, its performance in the region of South Asia appears to be rather poor.

EFSAS in its commentary concludes that various security experts and government officials raised the opinion that the SCO could act as the best platform for defusing Indo-Pak tensions and facilitating peace-talks between the two nuclear-armed enemies, yet unfortunately any such scenario did not materialise. In return, it proved that until and unless RATS restructures its activities and methodologies, in order to tackle the endemic radicalization and terrorism in South Asia, the SCO’s objectives in the region will remain mere illusions.