On the road again. By Sohail Yousaf 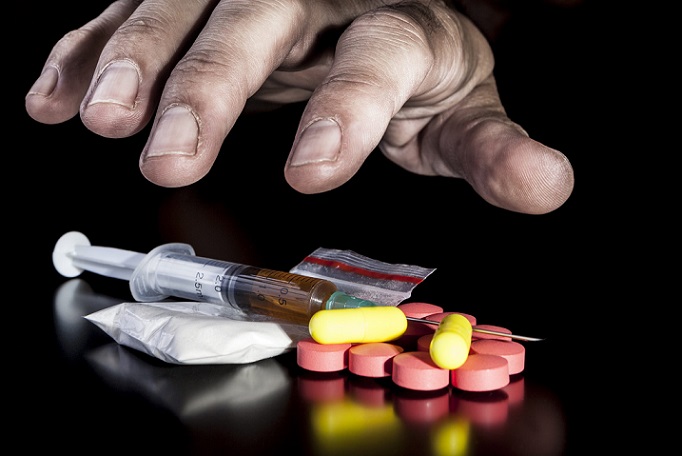 One day a puppy was running and waving his tail happily suddenly he slipped from a banana peel and fell down in a main whole, A preacher who was watching him has stopped his bicycle get down and bend himself, stretched his hand and successfully bring out the puppy from the main whole although puppy’s sharp nail injured preacher hands but he saved puppy’s life, he washed him, buy a pack of milk, feed him and went away and the puppy was on the road again.

Human life is more important than a puppy and many times we have face difficulties in our daily lives, we suffer, bear fight with problems and successfully get rid of them. But not all human is the same in this world, some are brave some are weak, some have strong will power and some have not, some over comes their problems and some are not.

A hawker was working at a bus station shouting loudly” Rawalpindi bus is ready to leave come fast and sit down”  he picked the luggage of the passengers keep them on the roof top of the bus. In the beak time he had a puff of cigarette and then starts shouting again for the next bus, that was his life. one day during his smoking time a stranger came and offered him  a cigarette filled with Hash the hawker enjoyed and relaxed very much and asked the stranger to give more ,the stranger; this cigarette is expansive,  I cannot offered alone give me money I will bring it tomorrow for you, in the evening Hawker gave him half of money from his daily wage and took half to give his wife , next day he again reduce the amount he bring home after two weeks he bring nothing money in home his wife asked him for the money he beat her , she called her family a dispute arose , her wife to save the lives of her children start working as a maid. Now the Hawker became more dangers and sold many households, soon the home became empty. The Hawker became very weak and near to die, children stopped going to school, instead they went with mother to help them washing and cleaning the homes. The family destroyed completely, no household left, no new clothes to wear, no good food left to eat, all family became weak and pale because the family head hawker shifted on Heroin. After selling his entire household now he started stealing and went many times to police station but the police always release him by giving warning because the drug addicts cannot survive without his dose.

The most commonly use drugs for addiction are benzodiazepines, barbiturate, alcohol, nicotine, caffeine, cocaine, amphetamine, opium, heroin, morphine, codeine and many more, following is a little introduction few of them: -

Caffeine and nicotine is found in coffee, tea, chocolate and coca. One cup of coffee usually contains about 100 mg of caffeine. The lethal dose of coffee is 10gms. At doses which it produces, toxic effects are about 600 mgs,

Nicotine is found in Tobacco. It is second only to caffeine as most widely used CNS (central nerves system) stimulant   and second only to alcohol in addiction in western in western countries. Most cigarettes contain 6-8 mg of nicotine and the acute lethal dose is 60mg approx. over 90% of the nicotine inhaled is smoke is absorbed.

Opium and its Derivatives

This group of drugs is either the direct derivatives of plant opium or the synthetically made drugs with the actions mimicking them. These drugs bind to specific opioid receptors in the central nervous system that mimic the action of endogenous peptide neurotransmitters like endorphins.

Found in gasoline, paint, thinners, glues, rubber, and shoe polish. Their active availability makes it a favorite material for addiction by the adolescent. Their active metabolites are dangerous to the liver, kidney, heart and many other organs of the body.

They are most commonly used to build up the personality of an individual as they increased the muscle mass and strength rather the euphoria. Also, there is an increase in libido and aggression. In withdrawal phase there is marked lethargy and depression together with some respiratory problems.

These include Phencyclidine, L.S.D and Antimuscarinc, these case hallucinations and impaired judgment and sometimes the psychotic reaction may occur.

Toxic effects of these drugs are as follows: -

Severe depression, Hyperthermia, Convulsions, Tachycardia, and cardiac arrhythmias, increased sleep time, tremors, constipation, weight loss, Anxiety and many more toxic effects are the cause of these drugs and most important is heavy financial loses and separations from family and finally from the living world.

Detoxification consists of Symptomatic treatment which means if drug user feeling pain he/she must take pain killer, if he/she feels weak he must take vitamin C (calcium and magnesium tablets) for fever Paracetamol, our target not to shift him/her on a new kind of drugs, we have to keep them on a simple and light medication so he/she recover soon during detoxification.

Rehabilitation period is long and also required outreach workers to help them out after the complete treatment.

During Rehabilitation period we must divide the different activities in different time slots following activities are ideal to keep your love one away from the drugs:-

Prayers, morning walk, Housekeeping, Gardening, office work, kitchen work, playing indoor and outdoor games, exercise and vocational work, daily counseling required, group discussion and daily significant Event sheet should be maintain every day morning those who cannot write must given assistance to write for them and after reading this DSE if there is complain it should be solved immediately and should be discussed with the drug addicts.

Future Goal setting is important so when he will be back on the road to life he must know what kind of work he should start.

In our daily life we see different types of drug addicts in rags , ugly and wondering here and there on the roads bear footed , sometime un cloth without shelter without  beds , with sticky smell they could be seen under the bridge , they never take bath ,never wash their hands , they don’t care about their injuries , broken bones , pains and fever but yet they survive until they die from any of their last lethal dose . some people say them” Nashaaee” (Drug addicts) some say” Jahaaz” (Airplane). They are sons, fathers, and brothers and even belong to good families and behind their condition is ignorance of their hard-hearted parents/families. If a poor preacher (whom even injured cause of sharp nail of puppy) can save the life of a puppy then why don’t we stand to bring them back from the darkness of the deepest     earth on to the Road again?